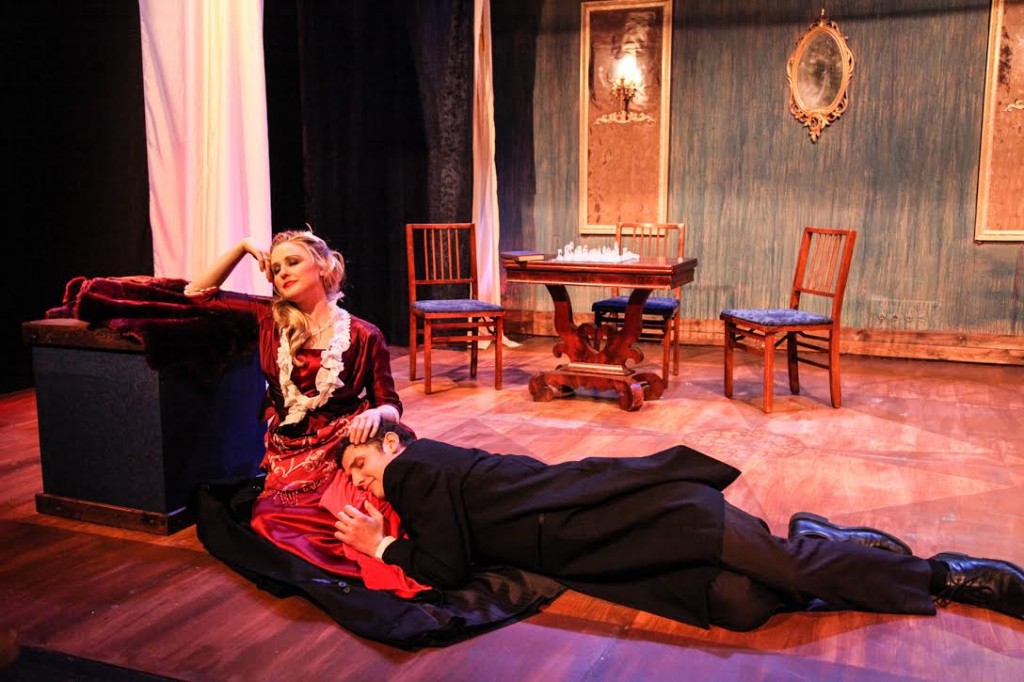 McGrath has transplanted the setting of the play from pre-Revolutionary France to pre-Revolutionary Russia for reasons that never present themselves. But it does allow for a menagerie of different accents. The main players speak in flat American dialects—which belly flop onto the pristine surface of British adapter Christopher Hampton’s posh, elegant dialogue—while supporting characters for some reason sport French or Russian ones. Trying to figure out how these myriad nationalities add insight or meaning into the story is waste of time—believe me, I tried. I will say though that Tsarist Russia does seem like it was much easier to costume.

McGuire does provide some much-needed sparks as Merteuil. Her monologue about the necessity for women to “invent themselves” is the show’s high point. On the other hand, Tobin, who is AstonRep’s artistic director, is entirely lacking of the lupine charisma, wit and surprising soulfulness necessary for Valmont. No, this Valmont is a drip. He is dad rock personified. With a more engaging scene partner, Merteuil might be able to make fire, but with Tobin the best she can manage is a wet sizzle.

The set, designed by Jeremiah Barr, is a clumsy approximation of period Russian finery with pieces of furniture moved in and out as needed. A series of white curtains, suggestive of a boudoir, are a nice touch—or they would be if they weren’t so awkward to open and close. They end up more like shower curtains, which is of a piece with McGrath’s overly wan, mostly polite staging. The show has sex, but it is the last thing from sexy. (Alex Huntsberger)