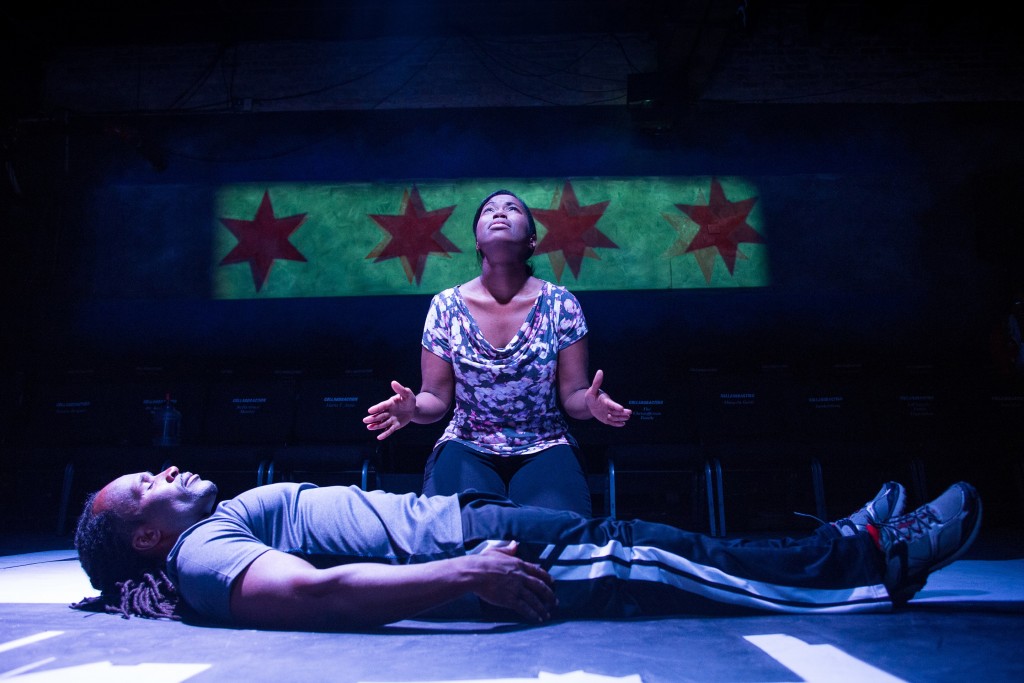 For better or worse there has been no shortage of plays about the plights of living in Chicago lately. Yet Collaboraction’s revisitation of their original work about violence in Chicago, now titled “Crime Scene: The Next Chapter,” does something few of the onslaught of recent city tales have managed to do: highlight a grim history while offering a spark of hope that change for the better is not impossible.

The show begins with the theater’s seats blocked off with barricade tape so the audience has to mingle with the cast and with each other. As this happens, statistics about crime across the city are displayed on the walls via projector. Once the tape is removed from the seats, the phenomenal ensemble cast takes the audience through Chicago’s segregation and criminal past from the early 1800s and post-Civil War Certificates of Freedom to the 2012 branding of the Windy City as “Chiraq.”

From there, the five stories of “Chicago Peacemakers” are told, including two stemming from the cast. Sir Taylor, in performance-poetry style, recounts his remarkable story of growing up in Cabrini Green, becoming an original member of the Jesse White Tumblers, and how he went on to join the US Gymnastics Team. His life almost came to a tragic end once he returned to Chicago but, in his struggle, he ended up defeating the odds and found an even greater purpose. Luis Crespo shares his deeply personal family history, starting with audio recordings of his mother and father. He and Antonia Arcely then become Crespo’s parents, acting out the recordings and ultimately portraying a story of love, strength and redemption.

The stories of Mike and Karen Trout (founders of Y-Men), Mariame Kaba (founder and director of Project NIA) and Cleo and Nathaniel Pendleton (parents of Hadiya Pendleton, who was a student at King College Prep and was lost to gun violence shortly after performing at President Obama’s Second Inauguration) are also told. Kristin E. Ellis steps into the shoes of Cleo Pendleton and the moment she receives the call of her child’s shooting, she lets out a blood-curdling scream that is not quickly forgotten.

Hadiya would have celebrated her eighteenth birthday this month, which is also Gun Violence Awareness Month. Through this show, the audience is given a chance to honor her, wish her a happy birthday, and participate in a post-show town hall discussion about what steps citizens can take to get more involved in finding a solution. “Crime Scene: The Next Chapter” is as heart-wrenching as it is inspiring. (Mary Kroeck)