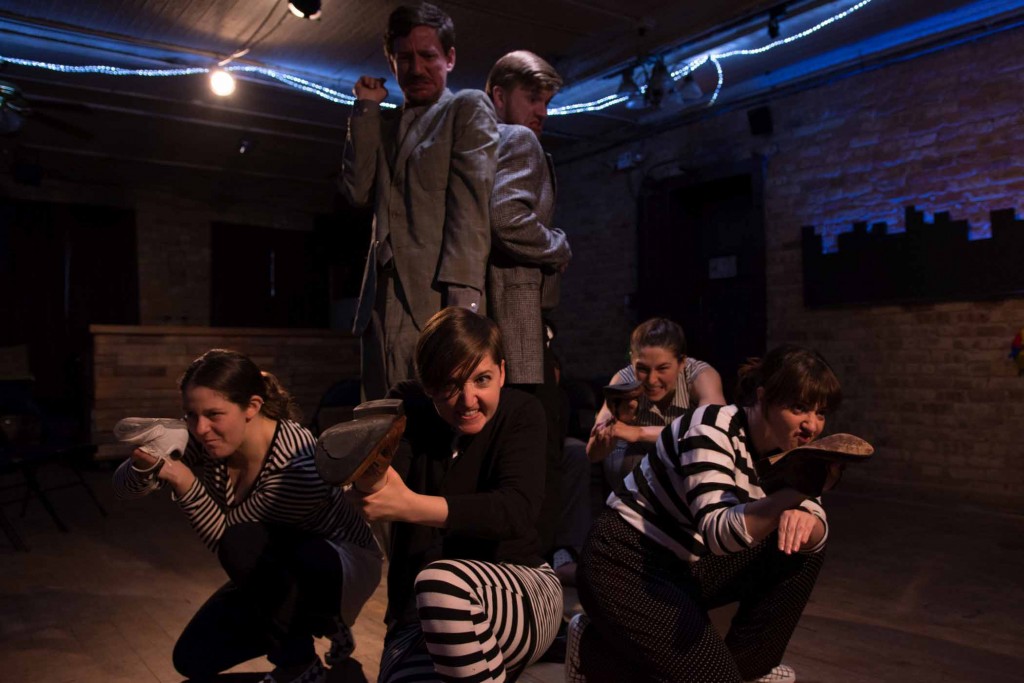 It has been at least seven-hundred years since the Pied Piper first began playing his (or maybe her) flute. In all that time, I doubt there have been many more imaginative retellings than what is now playing at the Strawdog Theatre. Although at times appearing more like performance art than theater, this stripped-down original production—adapted and performed by The Forks & Hope Ensemble—sacrifices none of the lyrical language in bringing to stage a contemporary take on a classic dark tale. Infused along the way with well-timed pop music selections (courtesy of music director Austin Oie) and well-choreographed dance numbers (from movement and associate director Aileen McGroddy), “The Pied Piper” offers heaps of entertainingly creative energy. It also demonstrates a confident reverence to Robert Browning’s source material, enough so that its dark undertones are never trivialized.

Director Josh Sobel makes good use of the intimate theater space, with the action often spilling over into unexpected corners of the room. As a whole the cast is superb, playing well off one another. Andrew Bailes (the Corporation) and Christian Stokes (the Mayor) lead the town folk to some very bad decision making while Suzanna Ziko’s Pied Piper projects a certain strength and indignation that makes her vengeance understandable, if not downright chilling.

At forty minutes “The Pied Piper” is a revelation of what children’s theater can be when stripped to its essential core. Devoid of the usual filler of fart jokes and well-timed innuendos designed to entertain parents, this production instead charms and chills with equal aplomb.  And while there is no happy ending here, its final vision is one of surprising hope and resilience that will charm child and adult alike. (Noel Schecter)