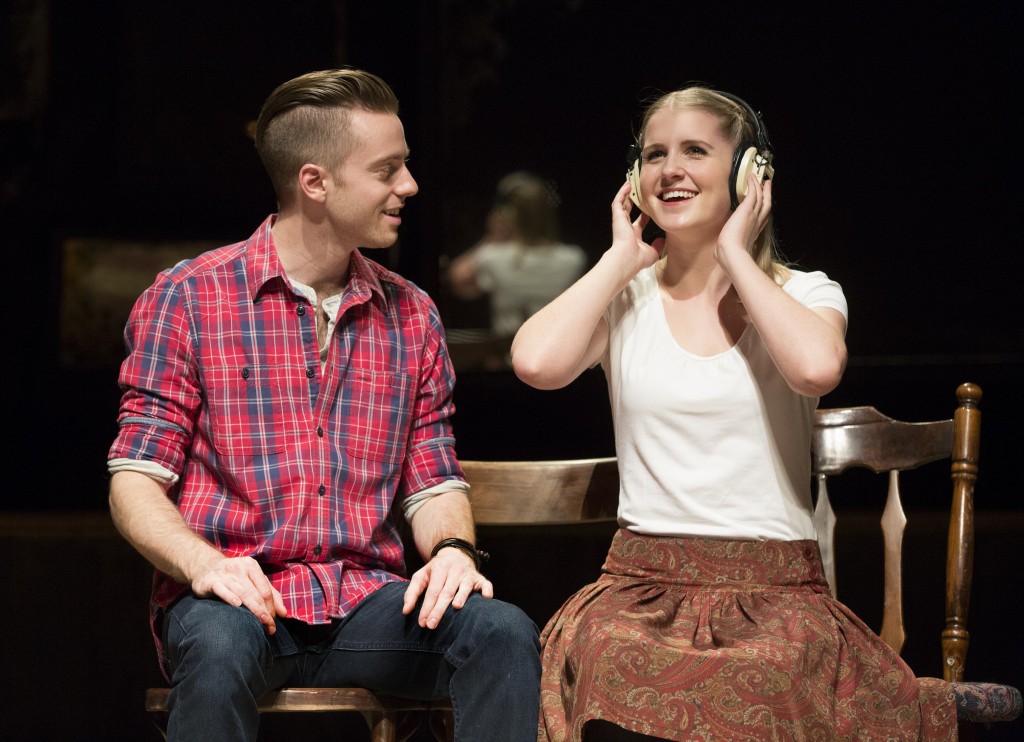 Back in 2007, the film “Once” struck a chord with anyone who’d ever witnessed a mysterious, brooding stranger leave it all on stage at a small-town open-mic night. Likely it resonated even more intensely with legions of struggling musicians hoping for even minor success. Separated from the tide of performance-centric musicals—from “Drumline” to “Pitch Perfect”—by its micro-budget, personable songwriting and DIY ethos, “Once” is certainly one of the least-engineered success stories of the last ten years. The first national tour of the Tony Award-winning adaptation allows this endearing story of love, consequence and music to be seen as it should be: live on stage.

Retaining much of the original music and lyrics written by the stars of the film (Glen Hansard and Markéta Irglová), the stage version of “Once” benefits tremendously from its cast of multi-talented performers. The romance between Alex Nee (filling in for Stuart Ward as Guy) and Dani de Waal (Girl) is natural, even if the suspiciously handsome and clean cut Nee does have to work a little harder than Hansard to prove that he’s the wistful nice guy we want him to be. Enda Walsh’s addition of a trio of Czech roommates succeeds in capturing the multicultural landscape of Ireland though it skirts any kind of politicizing. In fact, as one might expect, the greatest conflict arises between two hot-blooded Dubliners. The larger cast draws the story into wider focus and adds depth to the music, which is truly the main event.

While Nee and de Waal are harmonically potent and the songs themselves are undeniably powerful, it is the arrangements (Martin Lowe) that regularly steal the show. The music of “Once” could possibly be misconstrued as opportunistic, given the current bumper crop of suspenders and banjo folk rock, but the careful attention to structure and emphasis on dynamics is more reminiscent of Arcade Fire and, at its most grand, Icelandic enigma Sigur Rós. Furthermore, the fact that these songs are built into the fabric of the story—often quite cleverly, as in the bedroom/headphone scene—will aid anyone with suspension of disbelief hang ups. Really though, even those with hearts of stone should find it easy to be swept away by this gorgeous and buoyant production. (Kevin Greene)