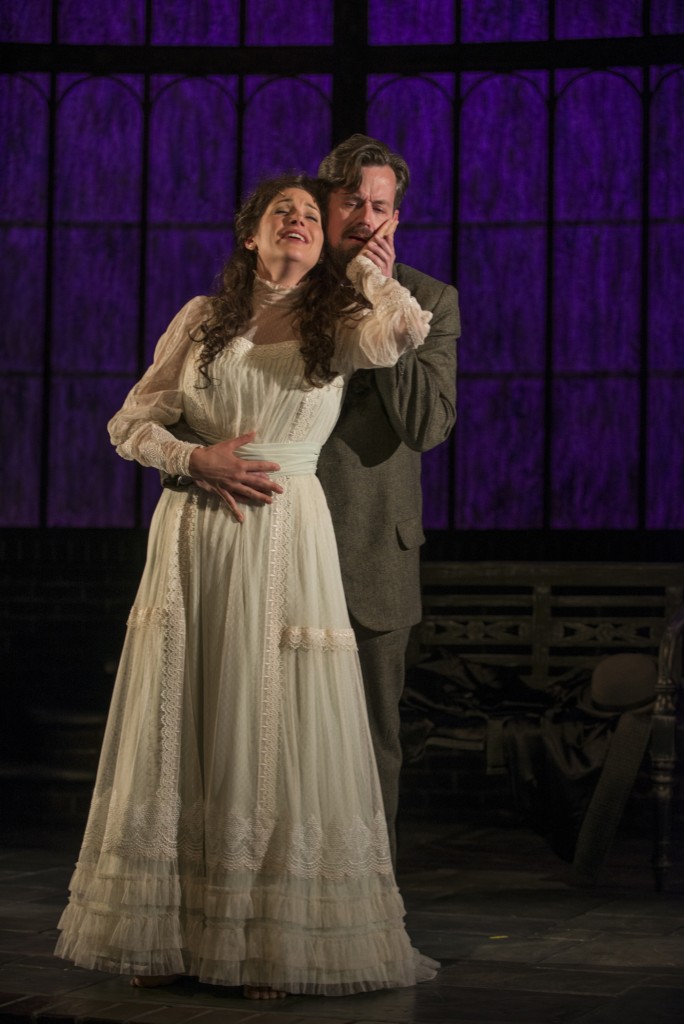 If winter plunged directly into summer and robbed us of a gentle rebirth, Court Theatre’s very new production of “The Secret Garden” reawakens optimism in life, and the state of lyric theater.

The 1991 Broadway production promised much, and delivered; the beautifully specific, wide-ranging voices of Mandy Patinkin and Rebecca Luker gave composer Lucy Simon free rein to expand on her folk/rock/pop songwriting past. Tony Award-winner Daisy Eagan essayed a protagonist devoid of the sickness of child-actor guile. Most importantly, the Broadway production managed to take an intimate story and deliver it in a Great White Way-manner without bruising the former or insulting the latter. But how has this affected the plight of regional theaters, with divergent spaces, talents, and financial resources? How to tell this story with honesty?

Director Charles Newell and musical director Doug Peck succeed fantastically. Court’s intimate space doesn’t afford a castle and its garden, or a burgeoning orchestra and chorus. What it does offer is the opportunity to sit breathlessly close to the characters, and to fall headlong in love. Peck’s fresh orchestrations, with exquisite additions of Indian musical influences, along with his vocal-apportionments for a quintet of anti-choristers (who embody multiple characters, then meld into the story’s heart), release all the fragrance of the score’s melody and harmony. Newell directs from a place of truth that would make one believe he never read the story, but had only been whispered the gist, resulting in a dramatic intensity born of newly examined characters.