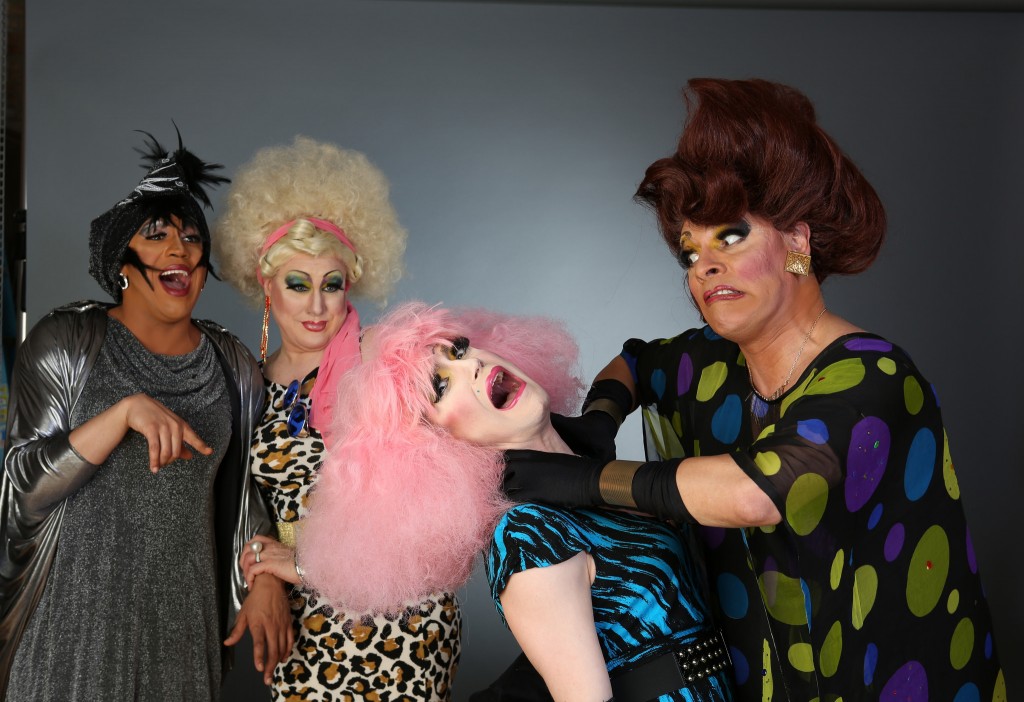 Early on in “Miracle!” queen of queens Crystal Pain (David Cerda) makes a point of welcoming all the straight people in the audience. “Once you get a couple of drinks in you then we’ll see how straight you really are,” she teases playfully. For a show that examines the forces of identity formation, it’s a promising invitation. Dan Savage, well-known advice columnist, activist and this play’s writer, regularly expresses his belief in the benefits of challenging our personal hang-ups. So allow me to offer this piece of advice: if you don’t think you’d be into a wig-filled, lip-syncing, queer-to-the-core adaptation of Helen Keller’s life story, then you are, in fact, the ideal audience for “Miracle!”

To be fair: the show plays just fine if tucking, tits and throwing shade are your thing, too. Getting its Midwest premiere at Hell in a Handbag Productions, “Miracle!” has located its logical family who color it with an appropriately gaudy mixture of compassion and vulgarity. If bitchiness were an adult beverage we’d all be puking in the alley by the end of this show. Thankfully, Savage chases his razor sharp wit with sweetness and tact, both necessary to successfully negotiate this uncomfortable subject matter.

Equally essential is the talent. While everyone in the cast is a performer in their own right, Steve Love steals the show as Helen Stellar. Love’s physical dexterity and emotional presence as the young deaf and blind drag queen keeps “Miracle!” from descending into caricature. Though the talent runs deep, his role in the success of this production cannot possibly be overstated. Laura Coleman is terrific as a sexually locked-up lesbian and Cerda slays as Helen’s pithy, protective mother hen. Behind the scenes, Jacob Christopher Green’s lavish wigs, which are enough to make Diana Ross blush, regularly push this production into the stratosphere of flamboyant glamour.

Camp regularly skirts the boundaries of good taste and is under appreciated for its subversive capabilities. Not unlike Trey Parker and Matt Stone, the folks at Hell in a Handbag push political incorrectness to the point of epiphany. As a challenging work of contemporary theater and an ode to gay and lesbian culture, “Miracle!” is everything it advertises and so much more. (Kevin Greene)