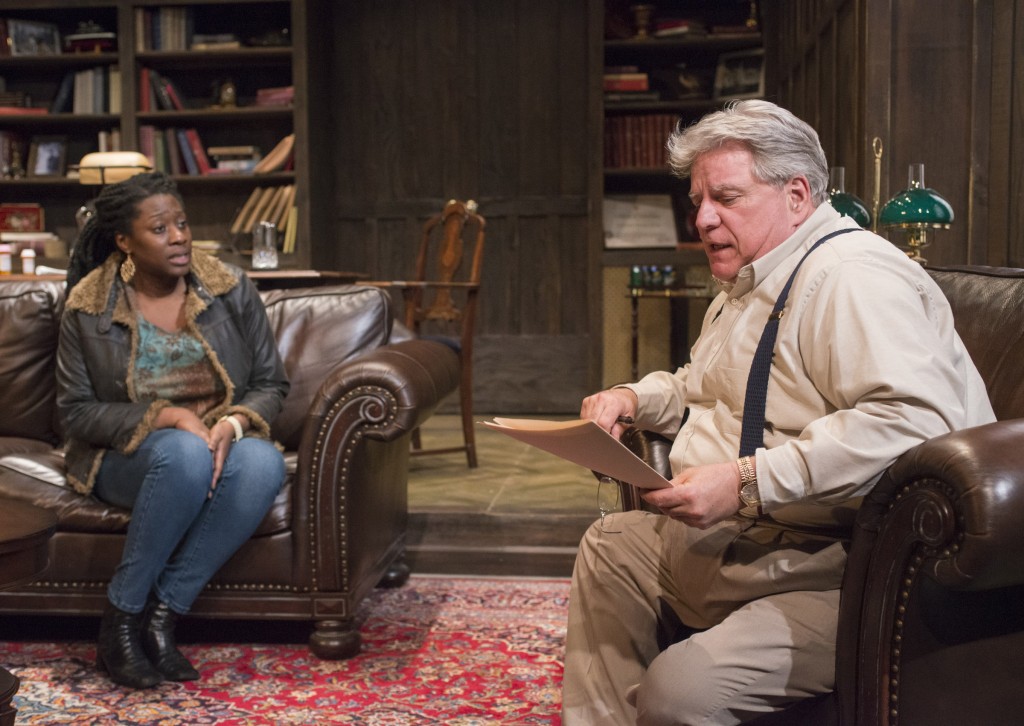 The trouble with theories is that they never quite measure up to reality. The trouble with people is that they never quite live up to the expectations set by themselves and others. This fundamental disparity between intention and reality is well demonstrated in Haven Theatre Company’s “Don’t Go Gentle.” The production has a tendency to present circumstantial evidence and relies heavily on inference. It’s not that Stephen Belber’s play doesn’t present worthy ideas. In fact, its downfall is just the opposite. In taking on a great number of contemporary hot-button issues, “Don’t Go Gentle” too often glides over the surface of subjects worthy of more thorough contemplation. In doing so it often diminishes the very issues it seeks to represent.

“Don’t Go Gentle” is a modern play about justice, so naturally it is also a play about race and privilege. An affluent white judge (Norm Woodel) seeking to make good on years worth of social neglect in the judicial system takes in a single black mother (Echaka Agba) and her son (Andrew Muwonge), much to the dismay of his baggage burdened son (Benjamin Sprunger) and cynically distant daughter (Robyn Coffin). It is hard to say exactly where things go wrong since everyone’s motivations are contrapuntal variations on themes of guilt and self-interest that descend quickly into confused cacophony.

Given the current charged state of race relations, “Don’t Go Gentle” benefits from deceptive depth. At best the play offers the assertion that altruism and exploitation are two sides of the same coin. At worst it indulges in a kind of “poor papa” white pandering that is neither effective nor to the benefit of this cast’s capacities. Woodel and Coffin are saddled with deeply conflicting roles that they do the best to make sense of. Agba, the production’s real treasure, does quite a lot with very little and quietly makes the best of this messy situation.

To Belber’s credit, he is far more apt at writing for the marginalized than he is for the entitled. During a particularly sedentary section of his play, the judge and his children debate the difference between menial and pedestrian without conclusion. Despite an overwhelming sense of self-awareness “Don’t Go Gentle” is unfortunately both. (Kevin Greene)