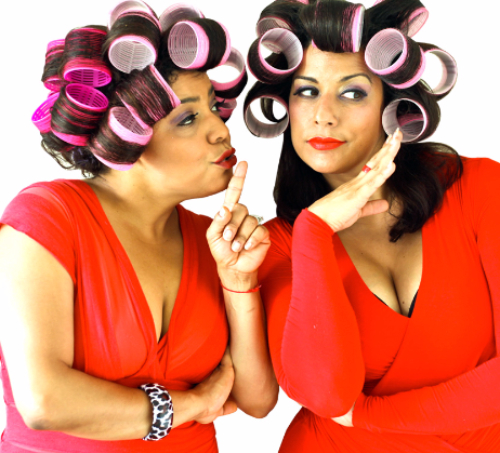 When I was younger, my two sisters and I shared a room. One of our many Saturday rituals was flipping through magazines to find pictures to decorate our walls. Most of the pictures consisted of our favorite members of an R&B boy band called B2K (pretty hot in the early 2000s).

But my younger sister, I kid you not, cut out a picture of Kevin Hart and put it on the wall. She was in elementary school at the time mind you, and nobody knew who he was. He hadn’t had a major movie, a comedy special, let alone the title he has today as one of the world’s top comedians.

And if you walk into our house today, on that wall, between the old pictures of Kanye West, Destiny’s Child, Usher and Jamie Foxx, is a picture of a young Kevin Hart with a blurb on the side that reads “up and coming comedian/actor.”

I remember asking my sister why she put that picture up. She shrugged and said she thought he was cute. But maybe, just maybe, she saw his star potential. I know that’s pretty deep for an elementary school kid, but hey, a child shall lead them right?

The first day of the festival, a culmination of Second city’s Bob Curry Fellowship diversity initiative, was hosted by Al Madrigal of NBC’s “About A Boy.”  The lineup consisted of Ramon Rivas, whose relaxed stand-up was the perfect way to start the night. Next up came a comedy troupe called 3Peat whose sketches examined the meaning of blackness in America. Ali Barthwell performed several sketches, including a most uncomfortable sketch about a grandmother teaching sex education. Chris Bader talked about his experience being Iranian and his revenge plots on dates who stand him up. Kevin Vidal took everyone by surprise with a sketch on a father struggling with his son’s racial identity. To mix it up a bit, the Bob Curry Fellows came up for a bit of improv, then the rest of the comics came back out to perform. 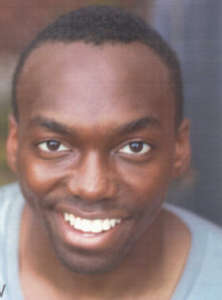 Chucho Perez did a thought-provoking satirical piece on the American political system. Martin Morrow had the entire place in gut-busting laughter with a joke about the evolution of R&B music. Aisha Alfa explored the struggles of single life. Jasbir Singh Velazquez used oddly weird but cool physical movements to mimic a cat. And Dave Helem closed the show out with a joke about the film “Precious” and The Notorious B.I.G. that was for the ages.

Hosted by Ron Funches of NBC’s “Undateable,” the second night was equally entertaining, starting off with a bang with Calvin Evans’ hilarious observation about Chipotle’s hypocrisy toward animals. Followed by Bleep That Bleep, a sketch duo that performed a sketch about an African-American fraternity dedicated to musical theater (an idea that should absolutely be implemented in real life).

Danielle Pinnock performed a scene from her traveling one-woman show “Body/Courage,” about the infamous “Tan Mom,” whom she’d had the pleasure of actually interviewing. Nigel Downer took audience requests for nursery rhymes and turned them into dark comedic social commentary. Dominizuelan, a Latina duo, whose sketch about Facebook expertly captures some of our real life experiences.

Rebecca O’Neal explored the struggle between being both hood and a nerd. The Toronto Bob Curry Fellows performed sketches, the most notable being their sketch on the duty we all have to see the movie “Selma.” And the night ended with Azhar Usman, who spoke about the incidental comedy that occurs when you have an Indian father.

It’s commendable that NBC Universal and Second City took the initiative to help diversify the pool of comedic talent and give these rising stars a stage to be seen by people who could change the course of their careers. After seeing this year’s festival, I believe that in future years this will become a premier festival for seeking out comedic talent. Each performer gave their all and I know I’ll be seeing some of these performers on bigger, grander stages. And when that happens, like my sister with that Kevin Hart picture, just remember I told you first.