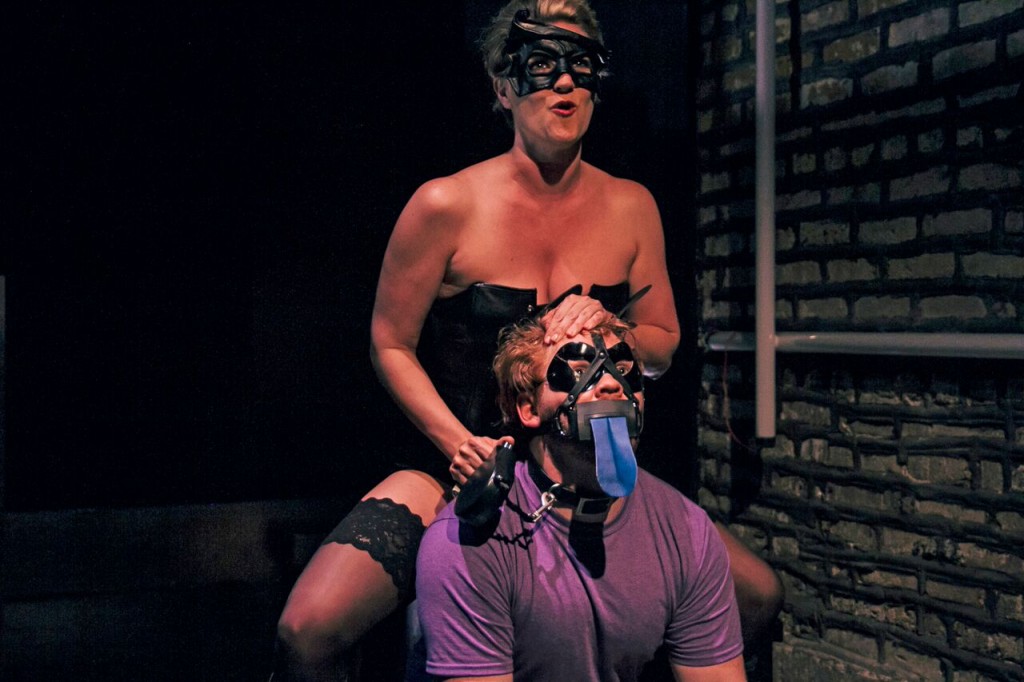 Playwright Brad Fraser examines the nature of true love through the tortured lens of fetishism, idolatry and narcissism in his spectacularly vivid play “Love and Human Remains.” Cor Theatre is a fresh-faced player in Chicago’s storefront theater scene, but if their programming continues to be as deliciously divergent and artistically shameless as Fraser’s meaty play, any perceived cloak of artful innocence will slip quickly from its shoulders. With a topnotch cast, fearless direction, fierce violence choreography and high production values, Cor’s production makes a siren call for the type of slick, dangerous, brilliantly written Chicago theater that birthed Chicago’s national theatrical reputation.

Known for helming the successful Emerald City Theatre, one of Chicago’s steadiest players in the world of theater for young audiences, director Ernie Nolan tosses his cast headlong into a world that requires the kind of actor trust usually built of long-term association; if Nolan was looking to lark about as far away from Hansel and Gretel as possible, he has succeeded, and only a knack for careful casting and rapid ensemble-building could stand him in this type of stead. Aided by the uncompromising fight choreography of Nick Sandys, Nolan makes kinky love to Fraser’s unflinchingly human themes. Though necessarily spare in the Rivendell Theatre space that Cor is using, Navid Afshar’s set design is just right, and the sound design of Christopher M. LaPorte and Eric Backus recalls the 1989 setting of the play, while trumpeting its universality.

Did I mention the piece is a flawlessly constructed murder mystery? If Andrew Goetten’s protagonist didn’t hold our hand tightly, we could free-fall from this roller coaster into disbelief; he never lets go. (Aaron Hunt)