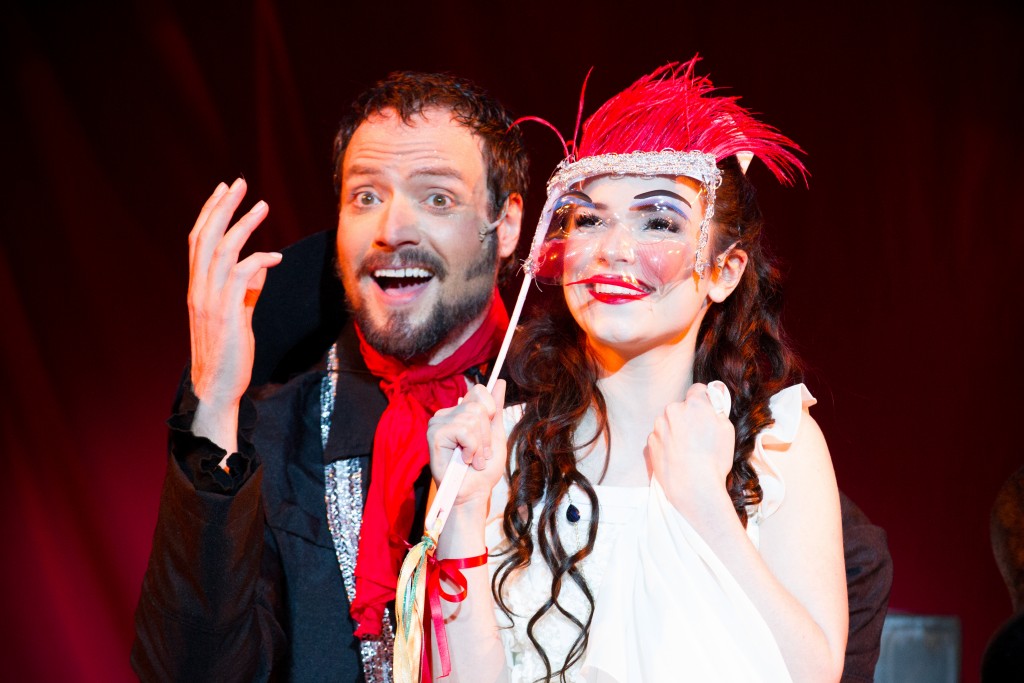 Light Opera Works has launched its thirty-fifth season with a musical that has a great deal of staying power of its own. “The Fantasticks” has the honor of being the longest-running show in history. In New York. In Evanston, it only runs through June fourteenth. And that’s probably for the best. The play is still the solid warhorse that has stood the test of time, but this production lacks some of the magic that one hopes for. In fact, I would go so far as to say that for the first half hour the production verges on boring.

“The Fantasticks” has a small cast, and as such it needs really strong singers and really strong actors in every role. Director Rudy Hogenmiller’s cast members are generally solid in the singing part of the portfolio. The acting leaves more to be desired. James Anest’s El Gallo is ably sung, but lacks any sort of mysterious charisma. His voice is pleasant. He is good looking. And yet, were he a loaf of bread he might better capture the viewer’s attention. The young lovers, Luisa (Meredith Kochan) and Matt (Christopher MacGregor) talk to each other as if they were communicating over a poorly connected long-distance call rather than standing three feet apart.

Years ago, Hogenmiller played The Mute in the thirtieth anniversary tour of the show. Perhaps that is why The Mute (Clayton Cross) is worth watching.  Clearly carefully staged, his presence is always engaging, often more so than whomever shares the stage with him. Eventually the rest of the cast gathers steam and puts forth a reasonable, if not exciting, second act. Kirk Swenk’s Bellomy is an additional high point. He’s funny and his timing is spot-on. As one of the fathers of the star-crossed lovers, his character work is worthy of an old-time musical in the Golden Age of Broadway.

While many of the show’s flaws stem from the actors, the primary issue is that the material is treated as a hunk of nostalgia, rather than a vibrant, active piece, leading anyone seeing this musical for the first time to wonder why it ever became a hit. (Christopher Kidder-Mostrom)