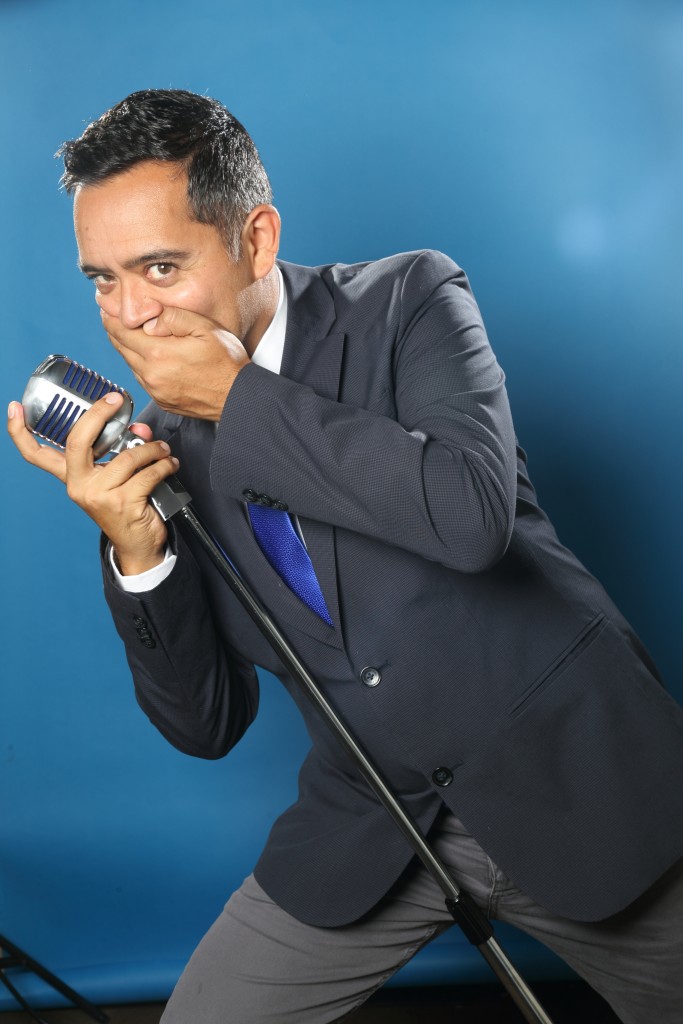 While watching Second City alum Ithamar Enriquez, I couldn’t help but think of “Geri’s Game, ” the Pixar short film wherein an elderly man plays an increasingly erratic and high-stakes game of chess against a vicious opponent that turns out to be none other than himself. “Ithamar Has Nothing to Say” is not just a solo performance. It’s also a silent one. Billed as a modern update of the silent masters, Enriquez has sculpted, along with director Frank Caeti, an ode to vaudeville that also celebrates the “Yes And” brand of comedy touted by Enriquez’s alma mater.

Anyone accustomed to sketch or standup may take a little while to adjust to “Ithamar Has Nothing to Say.” The show’s first ten minutes demonstrate Enriquez’s physical dexterity, as he hops all over the stage, seemingly against his will. Transitions between sketches can sometimes be abrupt, though Enriquez keeps the energy going through each. The show uses a good deal of music across a broad genre spectrum, whether it be for the purposes of clever sendup—a The Who-themed spot is particularly hysterical—or to cue the audience into a cultural reference a la Enriquez’s string of handsy movie parodies.

As a performer, Enriquez relies on only a few props: a cane, a luchador mask, a deck of cards, a bearded puppet, and a few others. In the spirit of Chaplin, the props tend to defeat rather than assist the performer. In doing so, Enriquez demonstrates a mastery of performance and a sly sense of humor. A recurring magic show finds alternate identity Ithamartini—just one entry in Enriquez’s impressive resume—failing miserably at illusions, perhaps as an allusion to “Arrested Development.”

With a tightly choreographed performance, Enriquez makes sure to leave room for a bit of improv. A Mad Libs-style sketch about a giraffe and an airline pilot produced some of the night’s biggest laughs. In a world where established comedic mediums like sketch compete against YouTube, HBO, Netflix and franchised film comedies, Ithamar Enriquez demonstrates what it means to be a professional comedian in 2015. Under the guise of historical reverence, “Ithamar Has Nothing to Say” is astute, progressive and, most importantly, hilarious. (Kevin Greene)