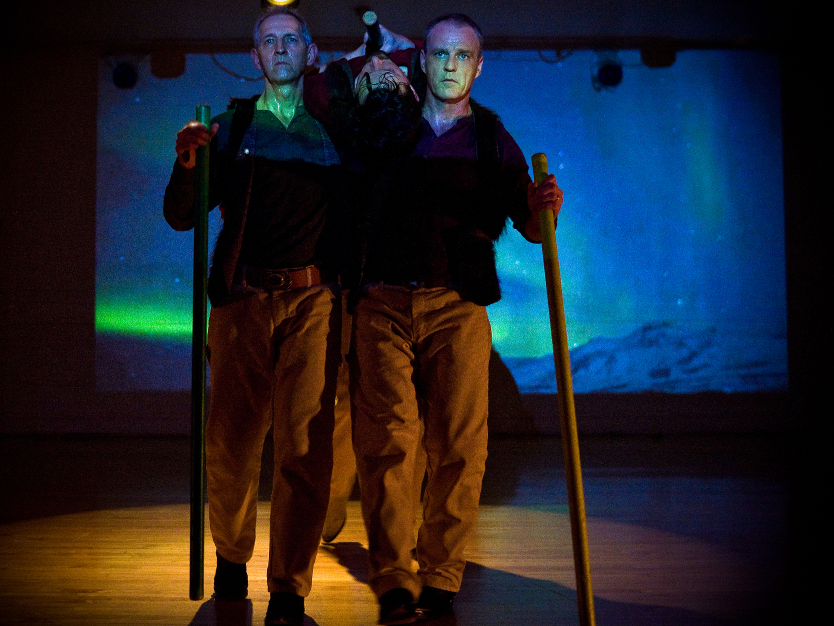 While appropriate, the term “layered” is a bit of an understatement when applied to the dance theater creations of Erica Mott. Meanings, ideas and historical references intersect, merge, pile and weave through a fabric of sound, movement, sculpture and projection created by Mott and her collaborators. And Mott’s 2012 exploration of masculinity is given yet another layer of meaning this summer, when it will be restaged as part of the Chicago Park District’s Night Out in the Parks Festival. The first part of the trilogy, “Five Gaits, Four Walls, Fourteen Knots” loses the walls in an outdoor presentation at Indian Boundary Park—the site named in the 1816 Treaty of St. Louis. When asked how this location further informed her piece, which explores masculinity and territory using weather balloons and Japanese fans to prod at our images of the American West, Mott said, “I was particularly interested in working at Indian Boundary because it lies along the Indian Boundary line drawn in the treaty between the Odawa, Ojibwe, and Potawatomi tribes and the United States government. In this treaty, the tribes ceded a twenty-mile strip of land connecting Chicago, Lake Michigan and the Illinois River. Many of the dances in this first performance are about drawing lines, building walls and the illusory ideas of taming the wild (both within ourselves and the environment). The very essence of the natural world (and many would argue the human world as well) is to be in constant evolution. Many of the dances created for this work play with the freneticism, failure and impossibility to fix a moving entity into time and space.” The irony of that treaty and the current public use of this land adds a layer for Mott as well, “The opportunity to share a performance free and open to a very diverse public on the land once sanctioned off for the use of a particular group is an exciting one to me.” (Sharon Hoyer)