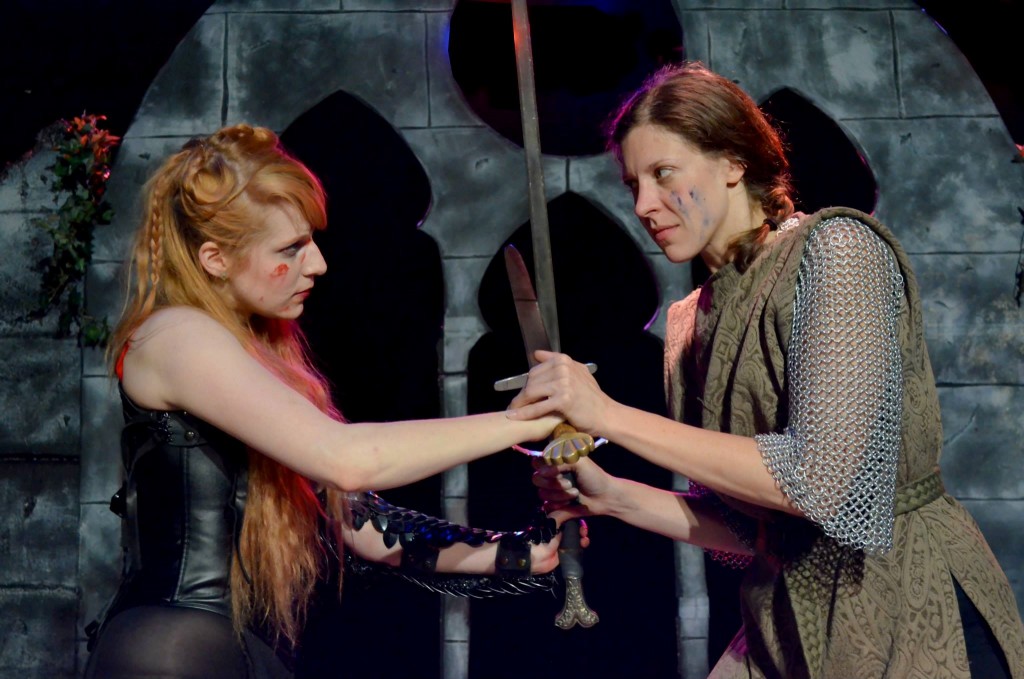 Before we get into the meat of this review, I should make it clear that I love fantasy novels. I read George R.R. Martin’s “A Song of Ice and Fire” series back in 2005 and I’ve read it two more times since. If someone out there is making an epic fantasy play, I’m the target audience. So I was very excited going into Otherworld Theatre Company’s “Queen Amarantha” at City Lit Theater. It’s epic fantasy onstage. How cool is that? After seeing the show, however, my feelings are a little more mixed.

Let’s start with what doesn’t work: Charles Busch’s script is sort of rough. There are a lot of disparate elements crammed into this show, from explorations of gender to tales of courtly intrigue to romance to melodrama… and it just doesn’t all work together. Characters often take actions that don’t seem to make any sense based on their prior decisions. And the show is just over-stuffed, clocking in at two and a half hours long (and feeling longer).

Fortunately, director Tiffany Keane and the players from Otherworld do a fine job of taking a tough script and turning out something reasonably entertaining. While the acting is a touch uneven, Moira Begale excels as Queen Amarantha, Brendan Stallings turns in a noteworthy performance as Amarantha’s paramour Adrian and Mary-Kate Arnold chews up scenery as Thalia, an epic fantasy equivalent of Batman’s Joker. The set is gorgeous and the lighting evokes an eerie quality that enhances the show. “Queen Amarantha” is at its best when the characters are fighting, singing and evoking dark magic.

Despite its shortcomings “Queen Amarantha” is a worthwhile show to see, but just like reading a good fantasy novel, there are often long stretches that will make you wish you could peek ahead to see if there is a battle coming up. (Sean Kelley)