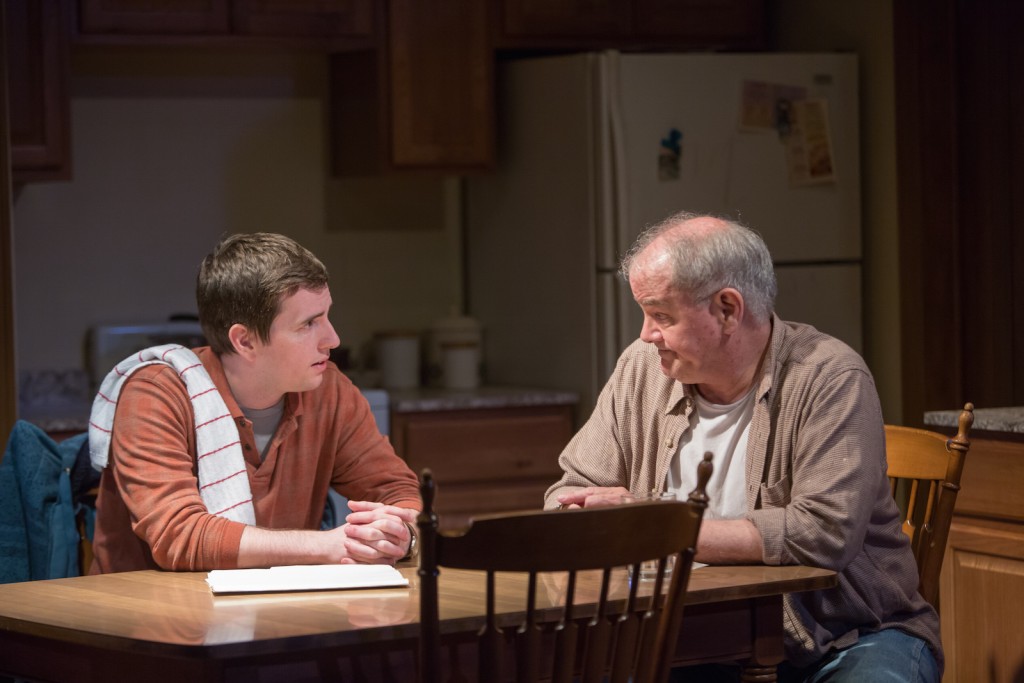 While many adolescents take their parents’ values as a challenge, rarely do they grasp what’s at stake for them. A child’s success can completely reverse years of fatalistic cynicism in a parent. For at least one character in Route 66’s “Goldfish,” the stakes are nothing less than their entire life.

Taking its name from a series of illuminating animal metaphors, “Goldfish” is a play about two single parents (Francis Guinan and Shannon Cochran) and their children (Alex Stage and Tyler Meredith) who fall in love. It is a play that is both astutely funny and agonizingly beautiful. While it implies the issue of balancing protective impulses, it focuses specifically on children’s desire to reprogram their parents’ hardwired linear thinking and the trappings therein.

As the home-wrecker Leo whose pride emerges through layers of pain, Guinan lives up to his well-earned reputation as one of Chicago’s great treasures. His ability to make living poetry is unparalleled and in playwright John Kolvenbach he has found a perfect match. His final monologue, which concludes with him encouraging his own son to “resist” him, left many in the audience—this writer included—in tears.

Great drama requires even greater moments of reprieve, which Cochran is only too happy to provide. While Guinan plays Leo as Marlon Brando by way of Bill Murray, Cochran is pure Jessica Walter, all martinis and scathing wit. Yet there are moments when it appears she can see something just beyond all of us, out of reach and beyond speaking.

Kolvenbach’s words sound equally wonderful from the mouths of babes. Stage and Meredith are perfect as the play’s idealistic teens. They do not struggle to match Guinan and Cochran but rather define themselves tangentially as individuals capable of bearing weight while soaking in the experience and grace of their stage partners.

They say that every generation ends up just like their parents. What Kolvenbach asks with “Goldfish” is: would that be so bad? (Kevin Greene)