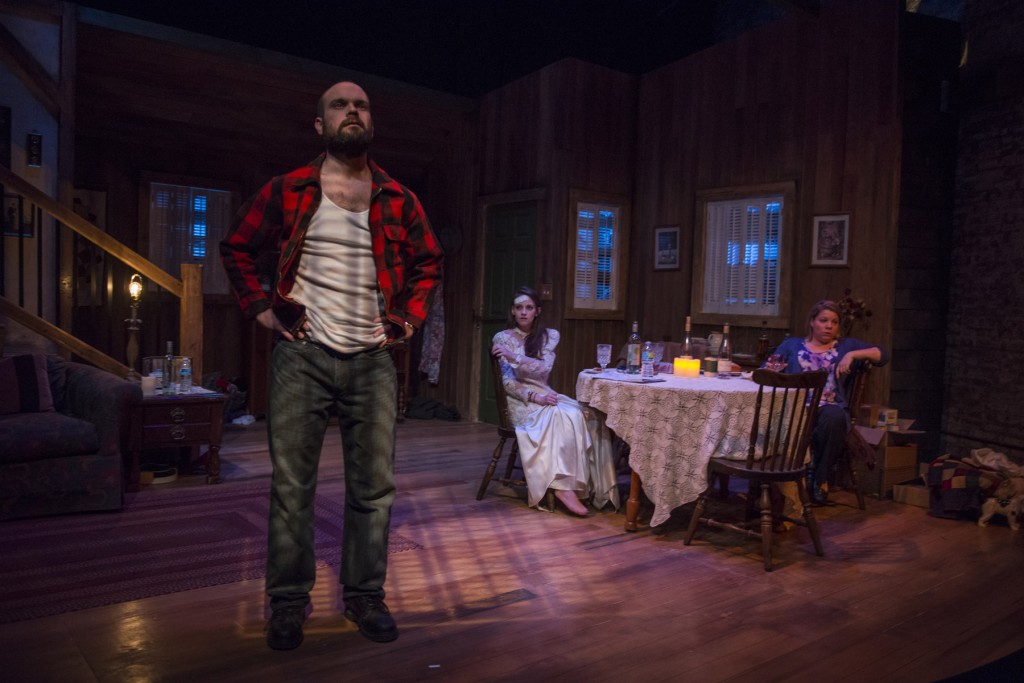 Irish playwright Conor McPherson is a master of dread. From “The Weir” to “The Seafarer” to “The Shining City” McPherson’s plays have an impeccable knack for slowly turning up the heat—so slowly, in fact, that his audiences barely even notice the temperature rising until they’ve reached full, excruciating boil.

“The Birds” then is an ideal piece for him to adapt. Originally a short story by English writer Daphne du Maurier, “The Birds” is most famous for the 1963 film by Alfred Hitchcock, a man who also knew a thing or two about building suspense. But whereas Hitchcock’s film leaned more toward supernatural horror, McPherson’s is almost entirely psychological. The birds are dangerous, sure, but the people involved are not much better.

The titular avians never even make it onstage in Griffin Theatre’s fine production, directed in its Chicago premiere by Kevin Kingston. They are represented solely by Stephen Ptacek’s chilling soundscapes. And though they are always offstage they are also present from the very beginning. The play opens post-attack with two strangers, Diane (Jodi Kingsley) and Nate (Keith Neagle), holed up in a country home. They are soon joined by a third survivor, Julia (Emily Nichelson). As the three of them focus on the everyday tasks of surviving—dwindling supplies require ventures further and further away from their home base—tensions and affections begin to grow. Diane is, or rather was, a novelist, and spare voice-overs both inform and color the proceedings.

The sole element missing from the production is the sexual undercurrent that drives much of the action. Diane and Julia eventually square off over which of them gets to enjoy Nate’s company, but the love triangle never really registers. The conflict is understood, just never felt.

As the lights fell for the last time on Greg Pinsoneault’s beautifully appointed set, I thought not of the Hitchcock film, but of another movie altogether: George A. Romero’s “Night of The Living Dead.” Swap out crazy birds for perambulatory corpses and the play could stay almost entirely the same. What matters here are not the birds, it’s the people. And they are terrifying. (Alex Huntsberger)