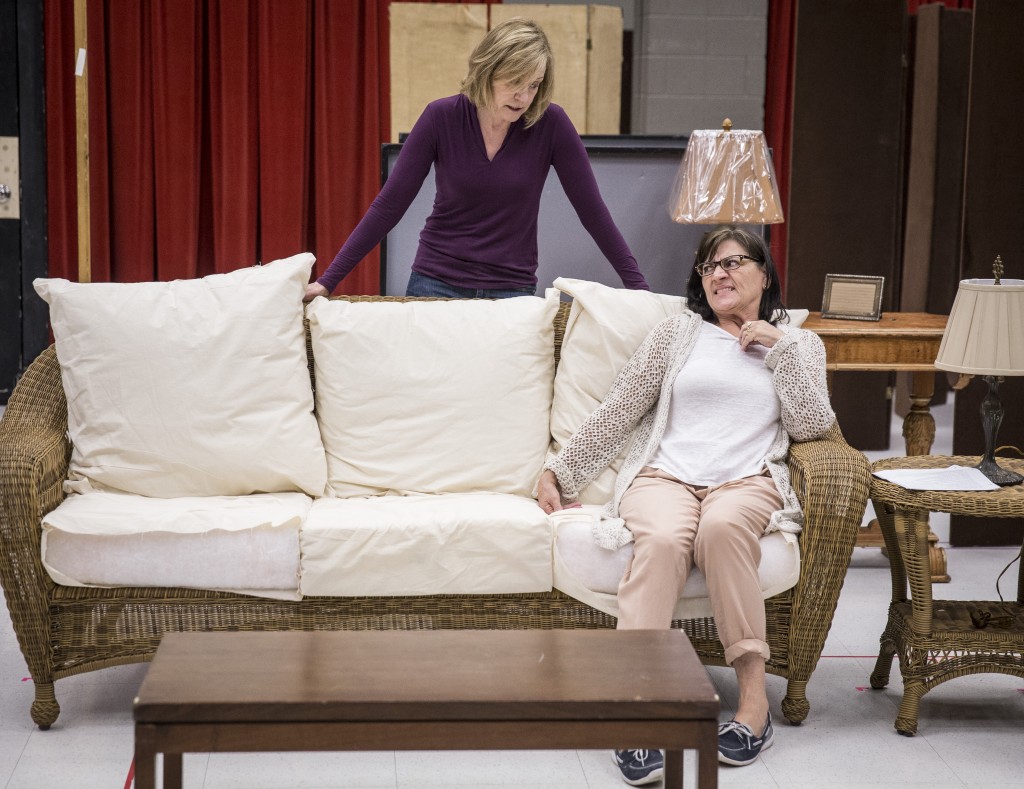 Last year saw a surge of a certain type of film, the mid-life crisis, coming-home movie (see: “The Judge, ” “This is Where I Leave You,” or “Are You Here” for examples). The plot, while differing slightly from film to film, follows a similar path: a financially stable but emotionally stunted middle-aged adult is called home (usually for a parent’s funeral) where they’re faced with old romances, disgruntled siblings and a crisis of conscience. Inevitably, their time at home shows them the error of their ways and realigns their priorities.

Starting this month, this story—only fresher and funnier—is coming to the stage at the Goodman Theatre in the form of Christopher Durang’s Tony award-winning play “Vanya and Sonia and Masha and Spike.” The play’s director, Steve Scott, is a prolific Chicago-based director, whose other productions at the Goodman include “Blind Date,” “Dinner with Friends,” “Wit” and the 2011 and 2012 editions of “A Christmas Carol.” To him, “Vanya and Sonia and Masha and Spike” reflects his own increasingly confused perspective on the world.

“I just don’t understand how certain things have gotten to where they’ve gotten,” Scott says—namely, technology’s ever-tightening grip on society. “And I think that’s the dilemma of the show’s three main characters.” To Scott, these characters just don’t know how their lives have gotten to a certain point.

The play tells the story of middle-aged siblings Vanya (Ross Lehman) and Sonia (Janet Ulrich) who have lived a dull, tedious life caring for their ailing parents while their sister Masha (Mary Beth Fisher) has traveled the world as a glamorous movie star. The drama sets in when Masha visits home for the weekend with her handsome boyfriend Spike in tow. A lifetime of resentments and repressed feelings come out in two wild days of costume parties, voodoo and romance.

“Vanya and Sonia and Masha and Spike” is the Goodman’s first production by Durang and Scott says the theater had been waiting for the right time to show a Durang play and to put on this one in particular. They decided on the last slot in the Goodman’s ninetieth-anniversary season.

Scott describes Durang as a smart, funny writer who infuses his plays with emotional intricacies that aren’t always obvious at first glance. Or first read-through. “His brand of humor is kind of idiosyncratic and kind of wacky,” he says. “Which I love.” 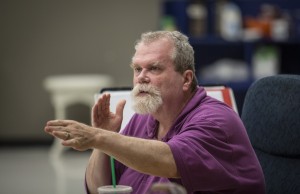 It also makes for fun onstage. “We laugh a great deal in rehearsals,” says Scott. “It’s kind of like psychoanalysis but with laughs.”

A statement corroborated by his lead actors. “I can’t keep a straight face for more than ten minutes,” Fisher says of rehearsals.

“We crack each other up,” Lehman adds. A reaction he hopes will carry over to the audience.

This humor and wackiness is a departure from many of the Goodman’s other productions. And much of Ulrich, Lehman and Fisher’s previous work as well—all have had extensive acting careers. This departure may just be why audiences will enjoy it.

Beyond the humor, Scott believes the story will also resonate with the Goodman’s patrons. “We’re ending the season on it because it’s funny,” he says. “And I think because it mirrors some of the thoughts of so many of our audiences.”

Which brings us back to the character’s mid-life struggles. When I ask Ulrich, Lehman and Fisher to describe their characters, they use words like lost, regret and repressed. Essentially, “Vanya and Sonia and Masha and Spike” is the story of three adults suddenly waking up unhappy with the state of their lives and the state of themselves. An occurrence that can, of course, happen at any age, not just mid-life; ask any twenty-something.

It’s also a story of family and how long-held feelings come to a point. As Lehman puts it about his character Vanya: “He’s been repressing a lot of himself, and it sort of explodes in the second act.”

Fisher notes that nearly everyone can relate to the tensions that arise when a person is forced to be in close proximity to family they don’t often see. Thanksgiving dinner, anyone? “What’s so great about this play is you get to have this forced family interaction and the playwright allows the repression to go away, everybody gets to release,” Fisher says. “It’s the perfect family comedy in that way.”

While it touches on themes of regret and repression, the play, like its counterparts on the big screen, is actually full of optimism. It begs the question of what to do about regret—sit in it or learn from it and move on?

“It kind of appeals to my eternal hopefulness,” Scott says.

And his actors agree. “I haven’t looked forward to working on a play this much in years,” Lehman says. “I think because it’s so well-written, so well-done, and it’s so hopeful.”