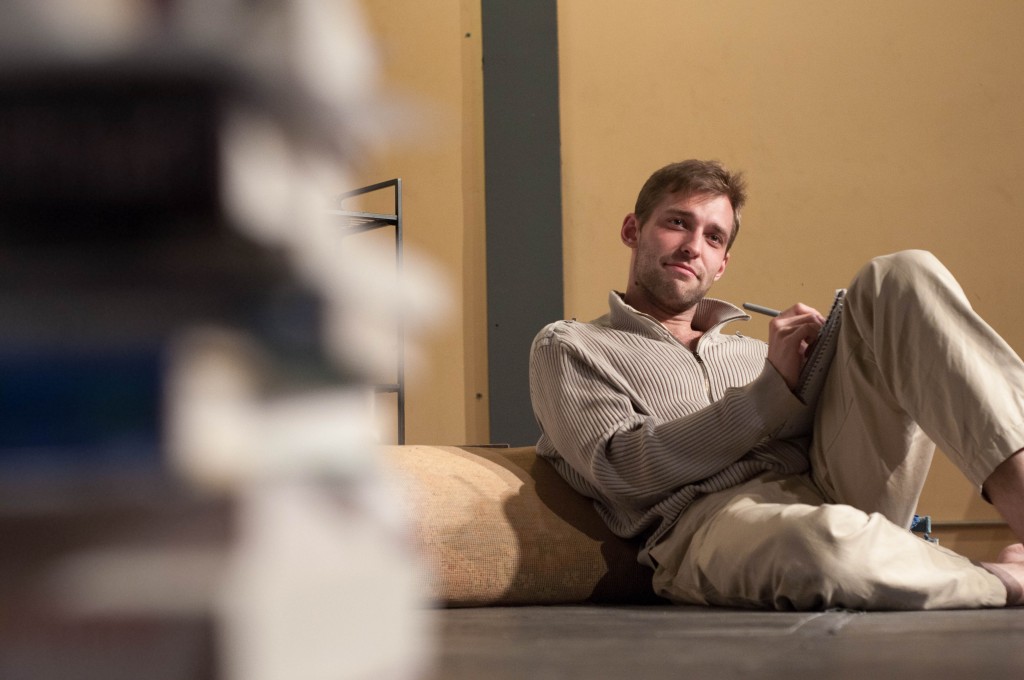 Early in their studies, young actors often run into what are called A/B Scenes or contentless scenes. These are back-and-forth bits of dialogue that leave everything so undefined that the words can be taken in myriad ways due to the lack of actual intent or substance in the script itself. Much of Teagan Walsh-Davis’ new play “Minotaur” comes off as one of these contentless scenes.

Director Claire Shavzin has attempted to infuse meaning into the terse and obtuse dialogue, and she occasionally succeeds. But in the end her efforts can only make so much of the material. Though it takes almost the entire evening to discern any plot at all, it can all easily be summed up as this: two unstable young poets fall in love and essentially destroy themselves through their relationship.

David (Evan Henderson) meets a girl in a coffee shop (Renee Lynn Jackson) and they fall in love over a brief discussion of Dylan Thomas poems and “Taming of the Shrew.” Henderson makes the most out of his part, and exceeds the potential of the words themselves. He is a man who willingly chooses to embrace the dubious and potentially dangerous beliefs of his beloved. Jackson’s portrayal of Marya, the reportedly off-kilter treasure of David’s heart, is more difficult to pin down, largely due to the fact that it is difficult to represent someone as being not-quite-right within a show that already travels a bumpy and unnavigable linguistic obstacle course.

What is most frustrating is that the play has about three little vignettes within its ninety-minute duration that point to the possibility of it eventually growing into something better after a rewrite or two, and also after the writer matures in her art enough to flesh out the characters and let them tell their tales rather than making a forced attempt at profundity. In producing this play, the folks at Forget Me Not clearly have poured a lot of love, effort and skill into a work that isn’t ready for prime time. (Christopher Kidder-Mostrom)

Forget Me Not Theatre Company at Pendulum Space, 1803 West Byron, forgetmenottheatreco.com, $15. Through June 27.