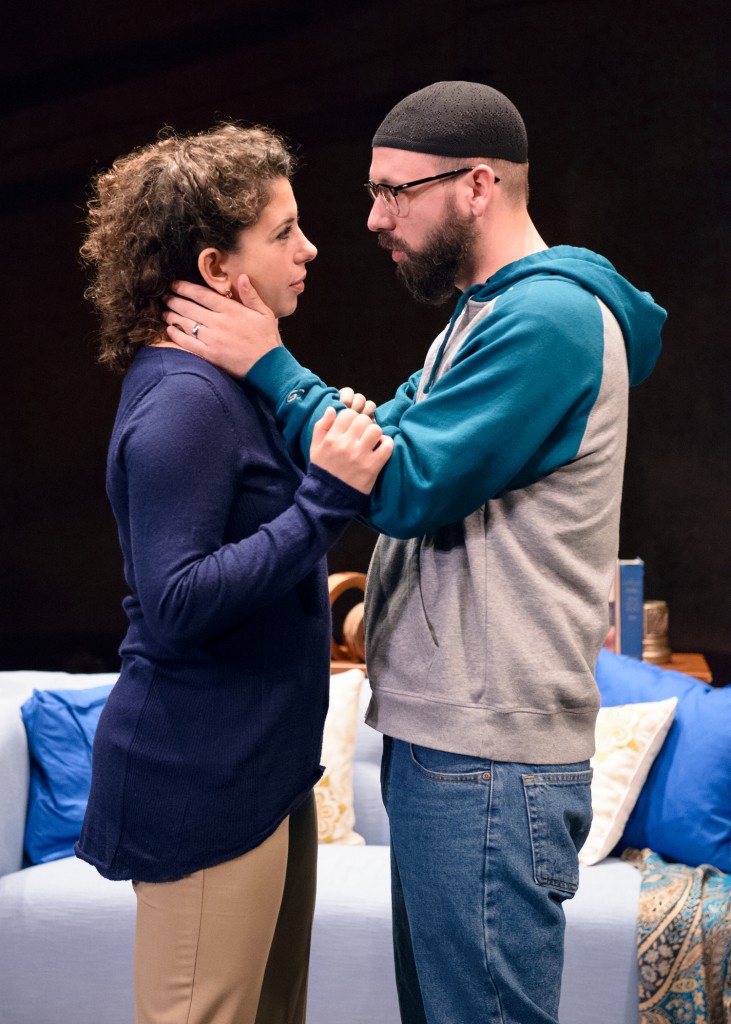 When characters clash in Ayad Akhtar’s “The Who & The What,” they do so under a number of different banners. The play, receiving its Midwest premiere at Victory Gardens, has conflicts informed by religion, generation, tradition, gender, family and love. It is a multi-faceted portrait of the ways in which we can be at war with each other. However, for vast stretches of its 110-minute run time, the play is also at war with itself.

“The Who & The What” is half comedy and half drama—just like life, really. But this play doesn’t so much blur the lines between the two as it does lurch awkwardly between them. Akhtar is an accomplished writer of plays, novels and films, but here it can feel like he’s a beginning driver learning how to work a clutch with the action often stalling out mid-shift.

Susaan Jamshidi stars as Zarina, a Pakistani-American novelist with a broken heart and a bad case of writer’s block whose big-hearted but conservative father Afzal (Rom Barkhordar) secretly searches to find her a good Muslim husband. Using a fake online dating profile, Afzal eventually finds Eli (Shane Kenyon), a white convert imam. Zarina and Eli actually hit it off, as he is a moderate who agrees with her that the treatment of women in their shared culture is problematic at best. But when Eli’s love spurs Zarina into finishing her novel about a day in the life of the Prophet Muhammad—one that shows him to be a conflicted, complicated, imperfect man—her differences with Afzal come to an angry shouting head.

Jamshidi and Kenyon give the most grounded, humane performances—he especially navigates the switch from comedy to drama through sheer neurosis. Barkhordar’s performance is much bigger; the comedic bits feel far too broad. Director Ron OJ Parson and the cast are much more sure-footed in the intense political debates that comprise most of act two. The play is more sure-footed too. “The Who & The What” might not work as a farce, but it does work some wonders as a piece of passionate, vital debate. (Alex Huntsberger)