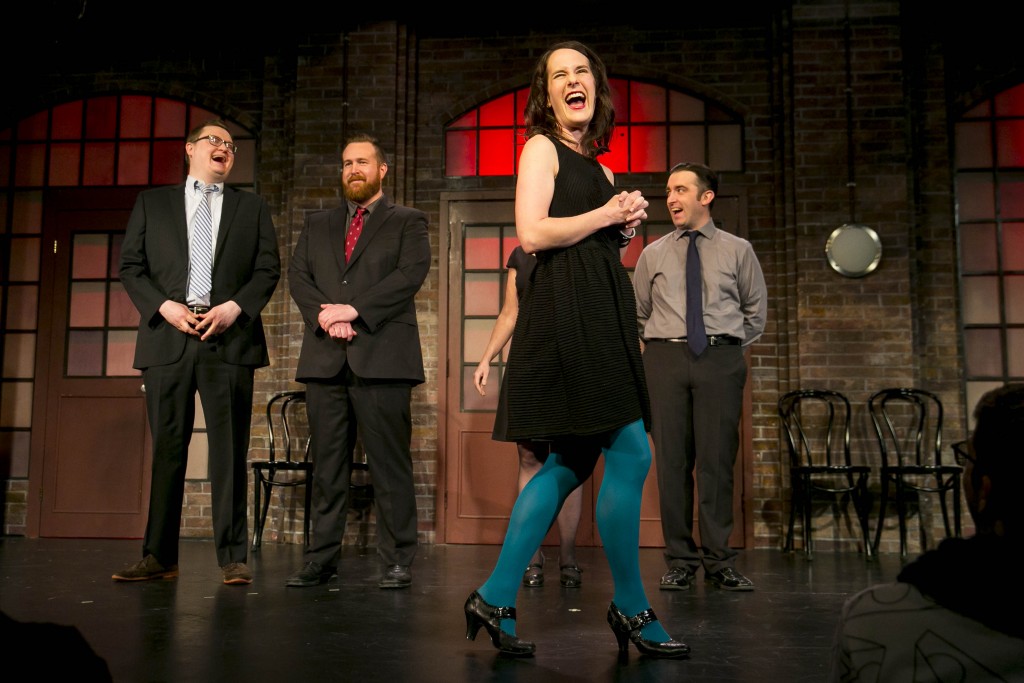 Still going strong after more than three years, this sixty-minute showcase of Second City’s improvisational skill, with an on-stage cast of five that rotates through almost twenty listed cast members, manages a healthy mix of audience-pleasing quick laughs and more in-depth improvisational games. Director Mick Napier has allowed for plenty of audience suggestions (who laughs more than the person whose suggestion was taken?) with quick, clearly explained improv games while still letting his performers take a few scenes to expand on lengthier scenes with more character development.

On the Monday night I attended, the UP Comedy Club was nearly full and nearly every game, from the stalwart “freeze” to more elaborate games involving telling a story from multiple character perspectives and styles, landed. But the darker moments stood out—“Reunions are about going to be with the people who are supposed to make you happy but they don’t.”/”I thought that’s what Facebook was?”—demonstrating that this cast knows what’s funny is not always happy.

Though musical director Lisa McQueen (also part of a rotating set of musical directors) is a master at improvised mood setting, the only scenes that felt out of place were a solo song and a group musical. Neither scene involved actually rhyming the lyrics being created, begging the question, “Why is this a song rather than just a scene?” The cynical answer is that improvised singing is an easy laugh and most audience members won’t even keep track of the rhyme scheme. But this ensemble knows (and is) better than that, as shown by the rest of their scene work. Cut the singing and stick with the games—I’ve seen most members of this rotating cast in other places at some point and they’re all capable of pulling laughs… even without singing a single note. (Zach Freeman)