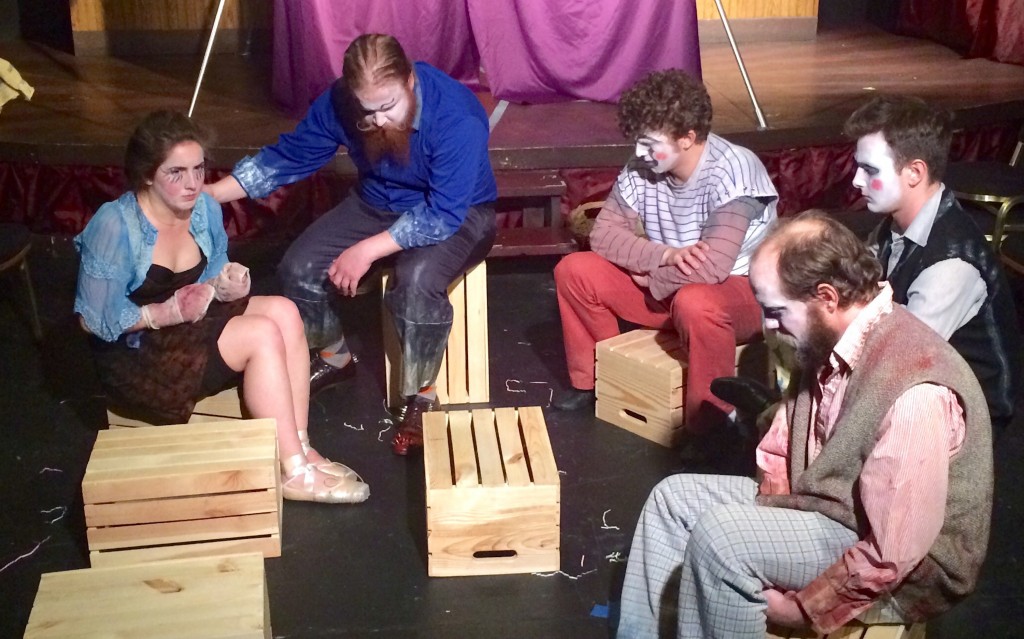 Dear theater-goer, as “The Titus Andronicus Project” at The Public House Theatre demonstrates, never pay good money to see any theatrical production with the word “project” in its title. That epithet suggests some dubious result of modern industrial teamwork, like the Hoover Dam or a three-year ethno-musicological study of the war songs of the Arawak Indians.

This “project” was the fruit of seven months’ labor by an energetic troupe of young actors calling themselves The Home for Wayward Artists, who, with the best intentions, may have believed they could rescue Shakespeare’s poorest play from the contempt voiced by critics such as George Bernard Shaw, who said of  Titus that “Beaumont and Fletcher… wrote a good deal that was pretty disgraceful, but at all events [the later Shakespeare] had educated them out of the possibility of writing Titus Andronicus.”

The trouble with portraying Titus as a circus owner in the Theater of the Absurd in order to point out the “absurdity of the violence” is that the original play already encompasses absurdities from beginning to end. For example, the idiotic folderol at the beginning. Titus comes back to Rome triumphant in the Gothic wars, only to kill his son minutes into act one. Why? So Shakespeare can make “mighty line” admirers gasp when Mutius is killed by his father.

What the Wayward Artists achieve is a confusing, misdirected mess. Why serve up middling juggling, acrobatics, dancing and clowning for twenty to thirty minutes before coming to grips with the main action? This isn’t drama—it’s a doomed attempt to weld two very different entertainments. It shows a lack of dramatic imagination. The Wayward Artists assume the audience would never believe Titus as a circus master unless we are shown self-conscious circus routines for the better part of a half-hour. Why not just tell us he owns a circus?

The rest is a hodgepodge of Shakes’ lines jarring against an awkward, anachronistic, bland, casual modern vernacular. The lesson: An inferior Shakespeare play reworked by committee remaineth inferior. It ever will be thus. (Bill Sweetland)