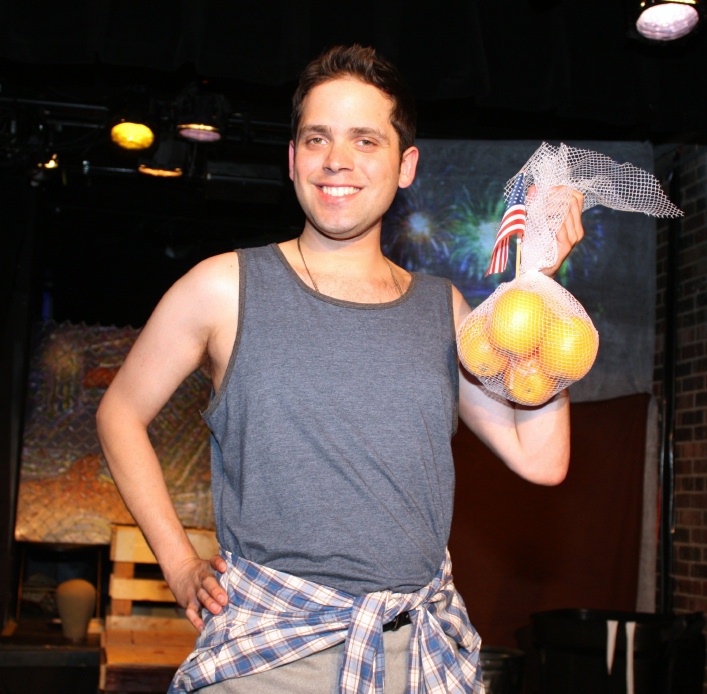 There is something magical about sitting in an audience and witnessing the moment that a piece of theater officially becomes dated. Despite being twenty years old, Guillermo Reyes’ play “Men on the Verge of a His-Panic Breakdown” stands the test of time heartily. Sure, the references are solidly in the mid-nineties throughout, but most of them still ring with truth. That is, until one of the characters notes that gay marriage isn’t allowed legally in America. The timing of this production by Pride Films & Plays couldn’t be more perfect. The electric feeling within the theater is palpable immediately following that observation, as the viewer realizes that what the play is addressing is now historical fact, rather than current reality. The freshness of the recent decision of the Supreme Court creates a somewhat surreal viewing experience.

Director Sandra Marquez stages the show in a tight space quite effectively. Nelson Rodriguez bops around the stage from character to character while grabbing costumes off of the walls and quickly shifting into new personas. Each character is drawn broadly, but then honed to a sharpness that opens wounds and lets their depth come out. I could not be more impressed with Rodriguez’s range. He tackles seven separate characters and each is uniquely crafted in a memorable way. Were this not clearly a one-man show, it would be easy to think back on the performance and compare the efforts of the various actors in the show. That is how distinct Rodriguez’s characters are.

As an assemblage of monologues from two decades ago, “Men on the Verge of a His-Panic Breakdown” succeeds in exploring the lives of gay Latinos before the current millennium, and yet it captures many of the current issues that confront us today. And, while it looks at some of the more negative sides of life, it somehow acts as a wonderful celebration, too. Which, it seems, is about as perfectly timed a production as one could hope for. (Christopher Kidder-Mostrom)