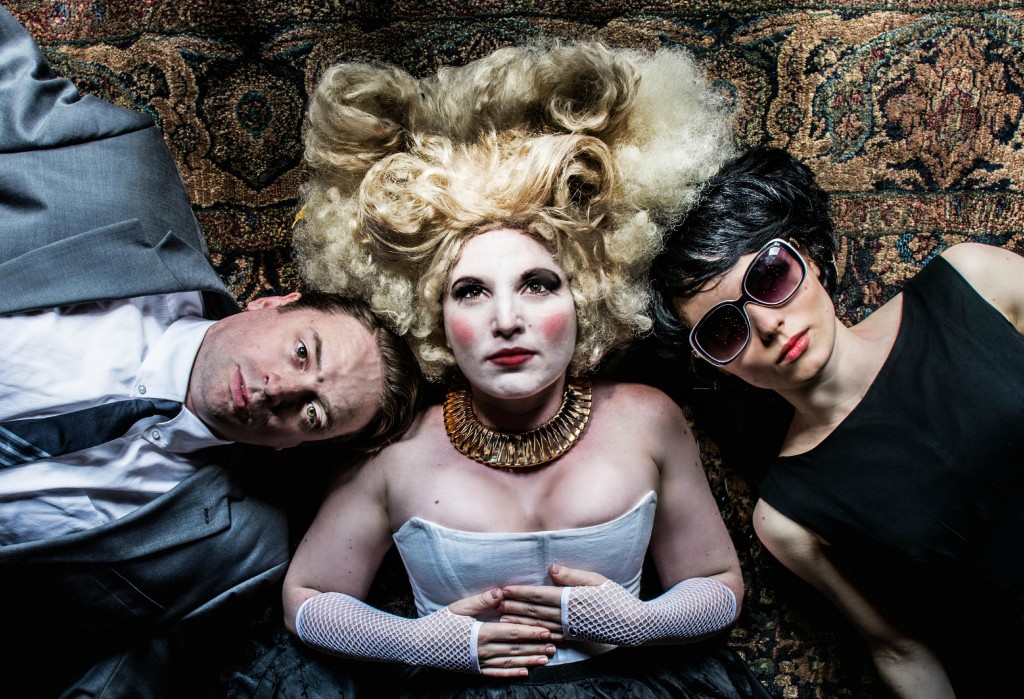 If I were asked to describe Cock And Bull Theatre’s “Voyage” in one word, that word would be “Ridiculous.” But I don’t mean that strictly as a negative. The piece is indeed ludicrous, but if given five words to describe it I would say, “Ridiculous in a good way.”

The play begins with a man, Henry Vixen (Eddy Karch), delivering his dead baby daughter to a mermaid (Tuckie White) for what I took to be the purposes of immediate resurrection and mermification. However, I’m not quite sure the baby was dead. Or maybe the ether Henry is also sniffing the entire time means it’s all a drugged-out fever dream. I genuinely don’t know.

The place is England circa 1799 and Henry is a doctor—one with a very loose definition of the Hippocratic oath. When he isn’t sniffing ether, Henry is making his wife Abigail (Kristen King) sniff it too, keeping her in drugged-out, near-amnesiac stupor—probably why she keeps hallucinating and conversing with a child puppet (designed by Stephanie Diaz). Abigail also yearns for the attentions of Henry’s tomboy cousin Fred (Meg Elliott), who likewise has her eyes set on Henry’s new patient: a wolf boy (yup!) named Thomas Steed (Casey Morris). Annie Baker this is not.

Then there’s the matter of Emily Jones (White), who submits herself to the perilous quackery of psychiatrist A.V. (Noah Lepawsky). Emily had a sister named Abi who had an abusive husband named Henry who came under A.V.’s care only to kill herself. Is Abi also Abigail? Is Emily her sister? This storyline takes place in 1969 so probably not; then again there are a wolf boy and a mermaid running around so who the hell knows…