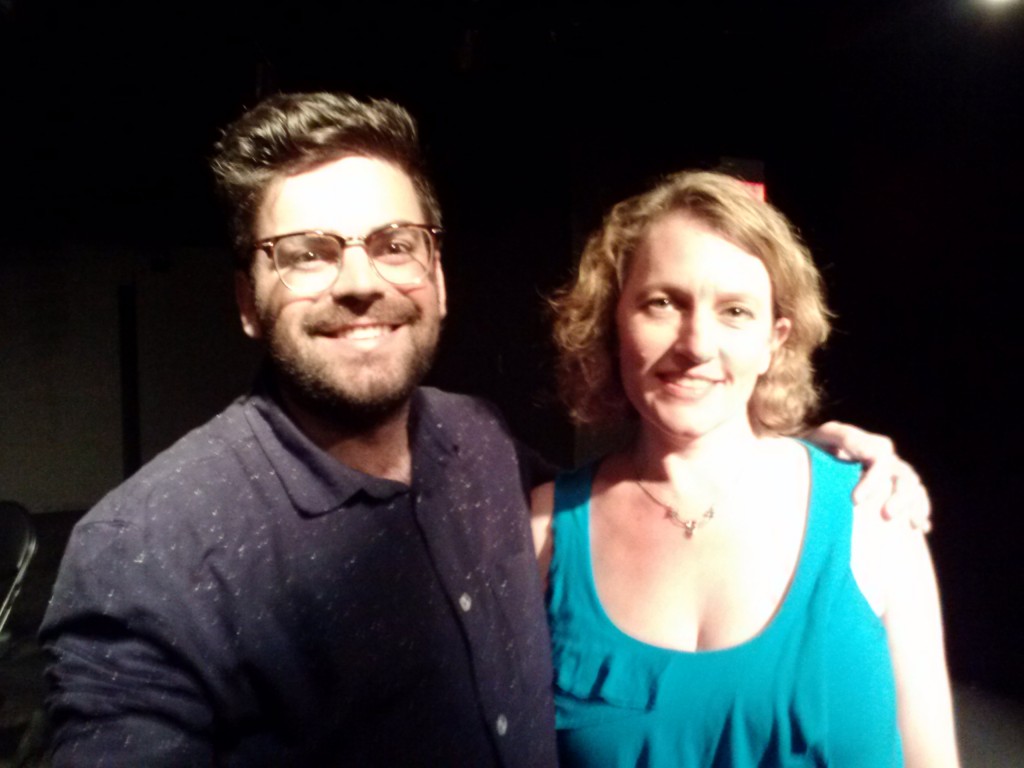 Originated in 2006 by artistic director Richard Engling and Polarity’s co-founder Ann Keen, the annual Dionysos Cup highlights four plays from Chicago-area playwrights, which are performed twice over a two-week period.

This year’s Dionysos Cup plays, selected from a pool of around seventy submissions, are “widely divergent” in subject matter, according to Engling. On the program are “Leavings” by Gail Parrish, “…And Eat It Too” by Aline Lathrop, “Girl Found” by Barbara Lhota and “The Charisma of Flying Saucers” by Mary Beth Hoerner.

Parrish, whose play “Leavings” is rooted in her family’s history, said she was thrilled to be selected for the festival.

“I saw that Polarity was doing this competition for plays getting staged, and I sent mine in,” Parrish said. “It’s just really been a great, supportive process from the beginning, trying to get the play from page to stage.”

The one common thread uniting the 2015 Dionysos Cup’s repertoire is that all four plays were written by women.

“Coincidentally, this is the second year in a row that all four plays have been by women,” Engling said. “There’s no design behind that…the plays are selected on the basis of what people are most excited about, but it’s kind of exciting that it’s happened that way these past two years.”

Engling noted that several months of preparation goes into producing the Dionysos Cup festival. “To the audience it looks like it’s two weeks in July, but actually we’re working on [the festival] a good nine to ten months out of the year,” Engling said. “The idea is that there are as many points of inspiration for the playwright as possible to go back, rewrite and perfect the play.”

The extensive preparation process Polarity offers through the Dionysos Cup particularly appealed to Barbara Lhota, who had just finished a rough first draft of her missing-persons mystery play “Girl Found” when the submission call went out.

“This was a perfect chance for me to develop the play,” she said. “A first draft needs work, and this process gave me time, the opportunity to make mistakes and try things without failure.”

In future years, Engling said he hoped Dionysos Cup could expand beyond Polarity to other theater companies in the Chicago area.

“One of my frustrations is that we see all these tremendous plays, and I’d like to see more of them get full productions,” Engling emphasized. “But we’re limited, and I’d love to get other companies interested in new plays by Chicago playwrights. I invite all of them to get in touch with me.” (Marissa Page)

The Dionysos Cup Festival runs at The Greenhouse Theater Center through July 19. More information is available at petheatre.com/dionysia15.html