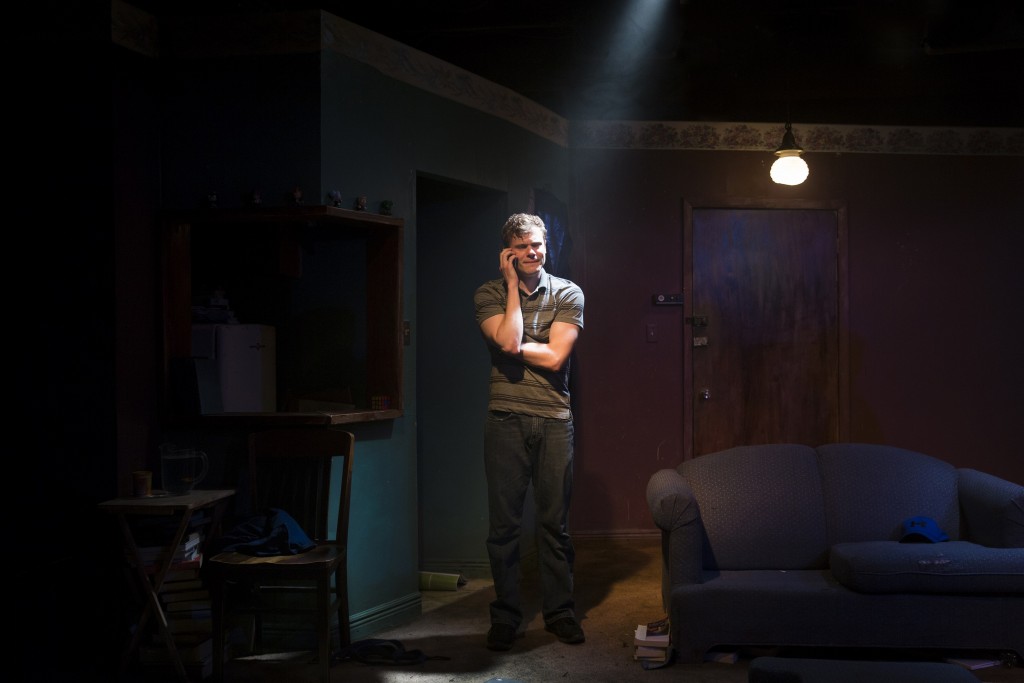 Despite being set thousands of miles—and possibly many years—away, I was unsurprised by director Robin Witt’s reference to Baltimore in her notes on “Brilliant Adventures, ” which closes out Steep’s fourteenth season. One of the most delightfully antithetical pieces of theater to grace a Chicago stage this season, Alistair McDowall’s richly inventive and deeply personal allegory of economic desperation should resonate strongly with anyone who has felt the resounding failure of the American dream.

Despite analogs to Baltimore, Detroit, Gary and other neglected US cities, “Brilliant Adventures” is a distinctly British work. Deeply classicist, McDowall’s play concerns two brothers, one entrenched in the criminal underworld, the other trying desperately to avoid it. The brothers are poignantly contrasted by their father in a kind of extra narrative monologue at the beginning of the second act. An otherwise grotesquely humiliating figure, here their father captures the brothers’ early attributes and underscores how they will work against them in the future.

Time is not on the side of anyone in “Brilliant Adventures.” Even when Luke (played with head spinning dexterity by both Curtis Edward Jackson and Ty Olwin) literally doubles his efforts, it’s not enough to manage his possessive brother (the seriously formidable Ryan McBride) or the Machiavellian goon he works for (the ever-magnificent Peter Moore), the latter exerting a good deal of muscle for control of Luke’s prize possession: a time machine.

There is methodical opposition at play in this production with storefront aesthetics (cardboard, duct tape, secondhand books) juxtaposed with epic sci-fi themes and effects. This intimate story of familial strife is framed not just by current events but by history as well and edified by creative fearlessness on the part of McDowall, Witt and the entire cast and crew.

Capping a near flawless season and joining some of the year’s most memorable and future-oriented productions, “Brilliant Adventures” shines a bright light on the infinite possibilities latent in theater if we only allow ourselves to dream. (Kevin Greene)