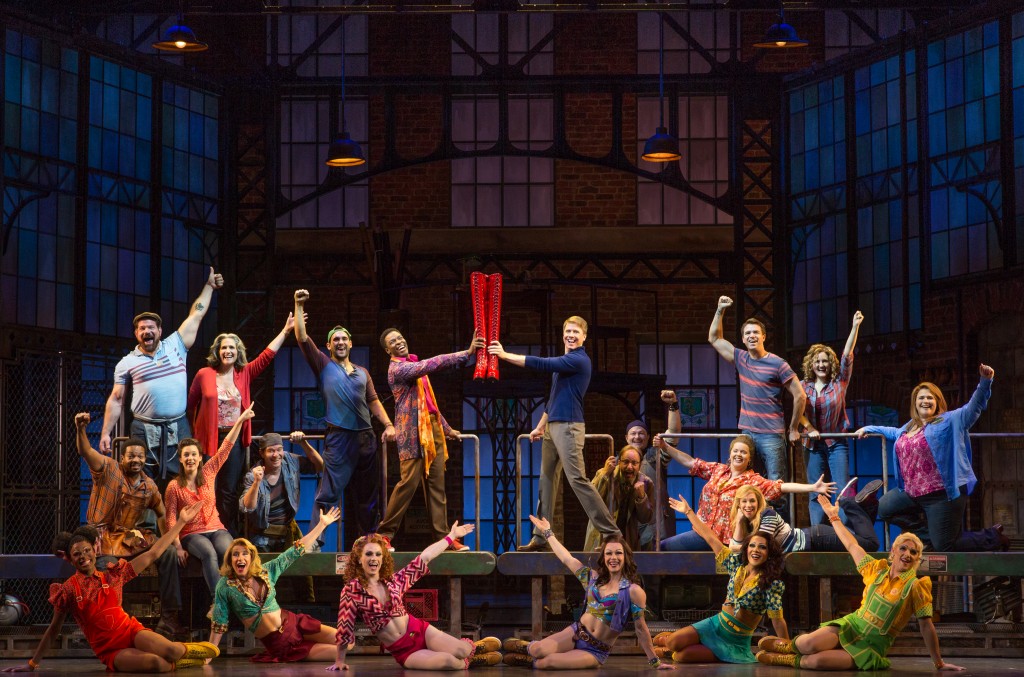 Having first been groomed in Chicago, “Kinky Boots” won the 2013 Tony Award for Best Musical. Rock icon Cyndi Lauper finagled Best Score, despite its jumps from song to song without connection or precedence, seldom varying from the verse-chorus-verse-chorus form of the most vapid of our Top 40; there lies a lost opportunity for musical cross-pollination. Harvey Fierstein’s book borrows lightly from the movie of the same name, mostly draining the story of its punch, and placing the dramatic apex far too early. All this awarded madness says less about the Tony voters’ craving for sexualized footwear than it does about the dearth of new musicals on Broadway in 2013.

“Boots” is the story of an unlikely twosome, making passionate shoes together. In the titular role of Lola, the dragtastic chanteuse who saves her co-protagonist’s life, both physically and fiscally, Kyle Taylor Parker gives the strongest performance, and seems most suited to his role. Parker, who understudied Lola in the Broadway production, yells a bit too often during his numbers, but delivers buckets of sass, and is at his best during the most memorable number in the show, “Not My Father’s Son.” Parker’s performance as shoe designer is unmet by Steven Booth’s shoe builder, Charlie. Booth neglects to build an undertow of fear and mistrust that could have made his explosive, hate-mongering monologue more believable.

A balance between this cast and conductor Adam Souza’s fine orchestra requires more fiddling; the players with instruments often best the players onstage. Director/choreographer Jerry Mitchell’s cast is tentative, and emotionally misfires on vital occasions, perhaps because their microphones were either unsupportive in their songs, or turned off altogether at the beginning of their spoken lines. If the choreography was created to look last-minute and line-dance-ish, both the artistic impulse and its delivery met with great success.

The factory workers dance along with the drag queens during the production number-finale, all kinky-booted. And the audience clapped loudly, and shouted joyously, for this mundane anecdote-within-a-concert. Still, this production is a bedazzled misfortune; perhaps these boots weren’t made for walkin’. (Aaron Hunt)