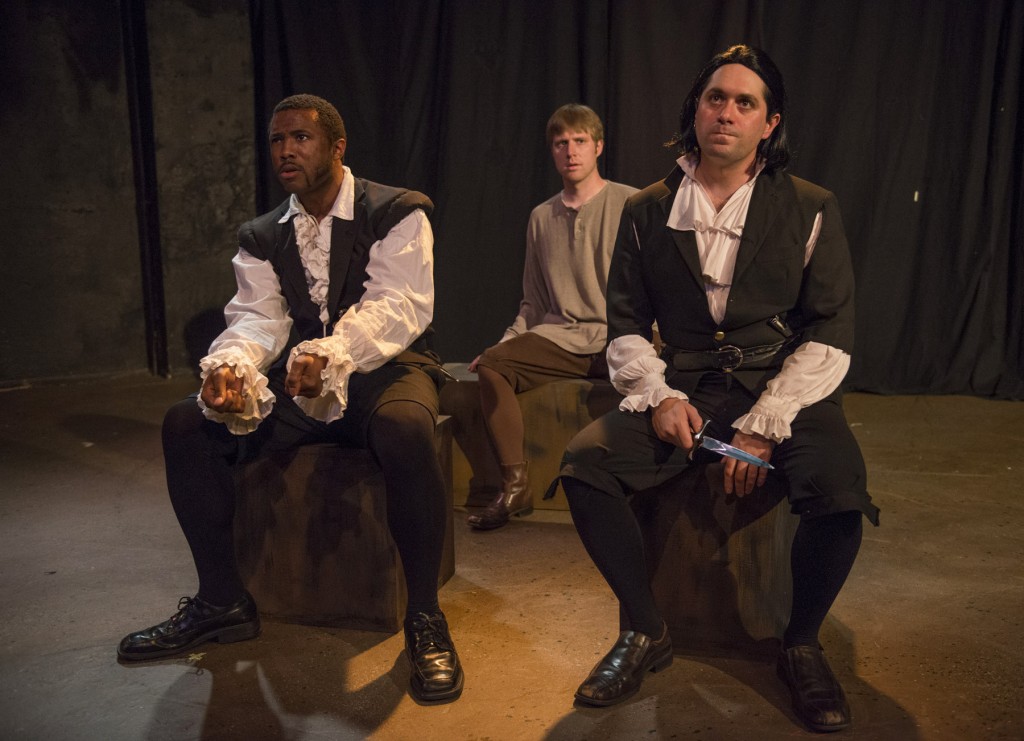 If a joke is clever and a scene is comedic then by what name do you call an entire production that assumes, with winking sincerity, a conceit so potentially dubious that one might call it ill advised at best? At first consideration, a Shakespearean adaptation of Quentin Tarantino’s cult classic “Pulp Fiction” possesses all the hallmarks of a half-baked idea born out of late-night libations and lends a whole new meaning to the term “high concept.” Yet Commedia Beauregard matches wit with ambition and in doing so successfully walks along the sharpened blade of dramatic parody.

To call “Bard Fiction” the offspring of fandom would belie the sheer wealth of knowledge and dedication it took to keep this work from being crushed under the weight of two titanic forces of Western culture. This balance is of particular relevance as Tarantino’s legacy has spawned thousands of wannabes and film-school dropouts without the integrity or inspiration to match the iconoclastic director but nevertheless happy to cop his style and attach to it some thinly academic justification.

As homage-to-homage, “Bard Fiction” is at its best when reinterpreting the film’s most memorable lines. Commedia Beauregard channels the Bard’s wily wit with “dead rogue storage” and “retain thy cool” but stumbles slightly when navigating the elliptical nature of the film. Transitions are inelegant and some scenes—in particular the retrieval of Lord Marcellus Wallace’s luminescent treasure chest—are lacking in timing. On the whole, this production is most effective when keeping things light, though certain actors, in particular Steven Royce as Jules Winnfield, seem capable of taking “Bard Fiction” into the realm of affecting drama.

Shakespeare and Tarantino likely have more in common than either of their fan bases may be willing to admit. Each spins elaborate, compelling plots with implications to the greater world, crafts rich characters from wholly natural dialog, and creates alternatingly heroic and tragic universes that are fantastical yet grippingly real. It takes a figuratively formidable coin purse to join the two in union, but “Bard Fiction” proves worthy of the tall task. (Kevin Greene)