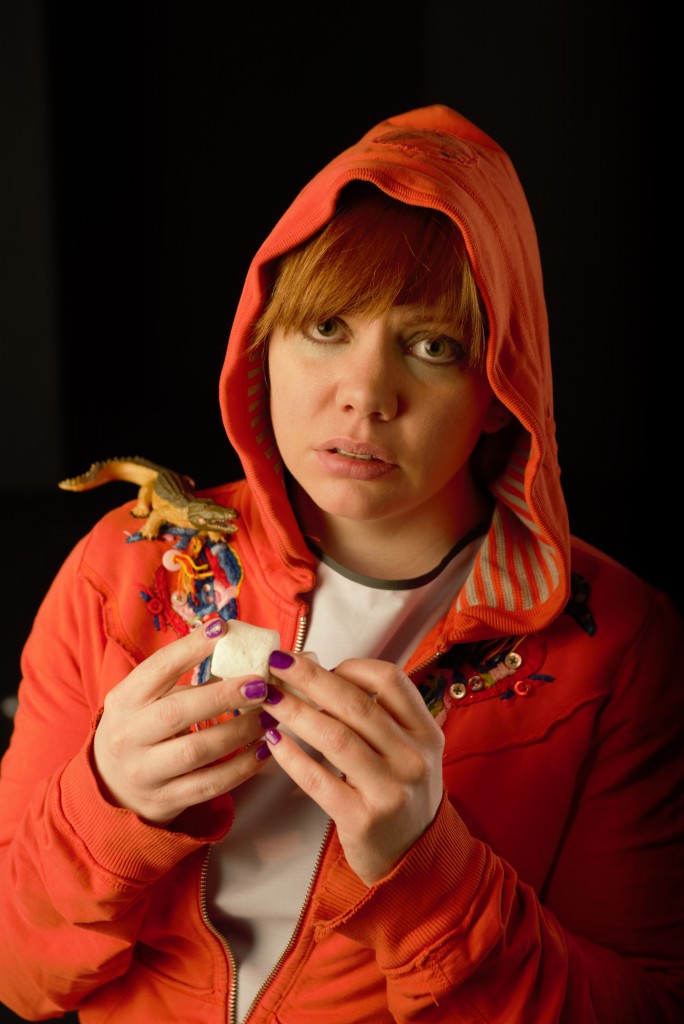 Dream Theatre Company has made a name for itself putting on unique performances that list strongly to the sardonic side, and “Alligator” is no different. Jeremy Menekseoglu’s dark script tells the story of Velvet (Anna Menekseoglu), a slightly more-than-angsty young lady who is trying to outrun a dream-haunting monster from her past. Along the way, she meets an especially endearing ex-con, Ben (Eric Barton), whose ankle-monitor alludes to a sordid past but damn if the way he sweetly asks “paper or plastic” isn’t irresistible. Finally, her brother Lone (Menekseoglu) has a poor temper and a gun. This takes place in Texas. Inauspicious circumstances for Velvet.

The enjoyment of “Alligator” is nestled in some great lines and comedic undertones that dilute the heavy nature of the storyline. Still, this isn’t a light night of levity. For each uncomfortable moment, though, the audience is rewarded with a genuine guffaw that leaves you rooting for characters that seem to be victims as much as perpetrators. Occasionally, the delivery of the story line lacks substance. It would be useful to delve deeper into why Lone, the nut-job brother, is so fond of threatening Ben’s life until a final bloodying fight. Big brother the protector personified? It could be tied into the script more. When the end goal is getting Velvet to a mental institution, his rage seems ill-conceived and overdone. Conversely, his entirely stable wife, Cricket (Candace Kitchens), does a fine job of moving the action by emphasizing that she has nationals in a few weeks, urgency that is somehow more important than Velvet’s affinity for blading herself. Each member of the cast has their moments, but Kitchens excels as the most consistent driver of the narrative while allowing the family to retain the focus of the work.

The small set is simple but well-used, and the dream sequences are looming and ominous. There are a couple of squeamish moments, depending on your tastes, but the entire piece is nicely constructed and tight. Don’t go as a first date, unless… actually, go as a first date. Everyone enjoys a good romantic comedy, so long as your definition of “romance” is loose and your comedic tastes tend toward disturbing. If that’s the case, ride this “Alligator.” (Logan West)