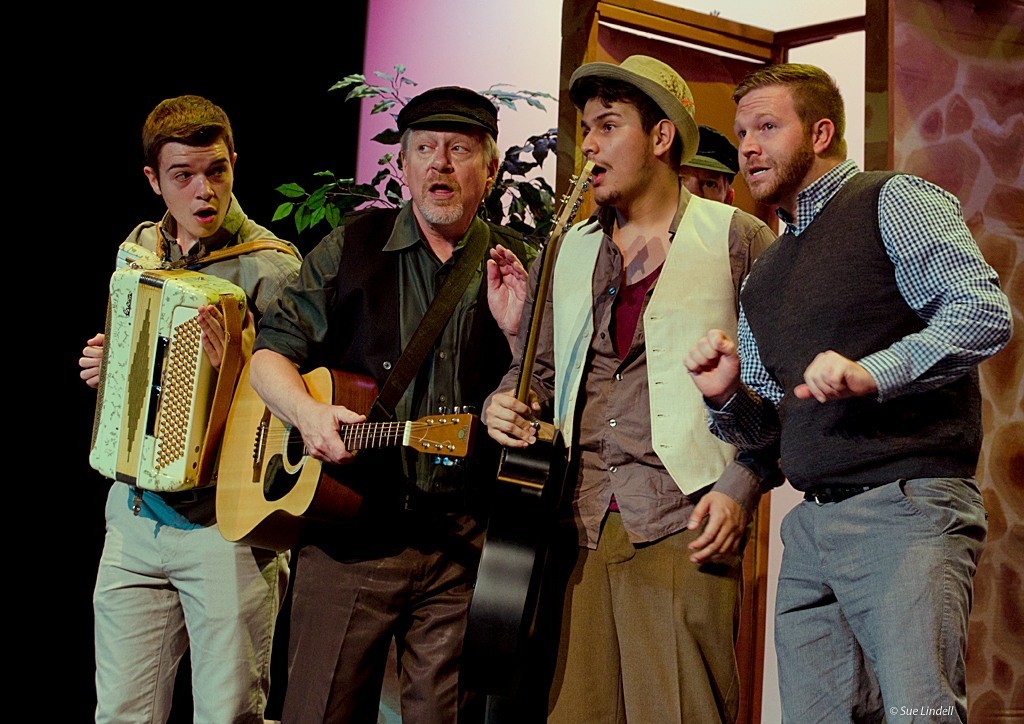 I went to Palatine Friday night to hear Rossini’s “Barber of Seville.” Telling myself I had no expectations, I had been hoping for at least a fifteen-piece orchestra of solid musicians. That hope was futile.

The orchestra consisted of one decrepit upright piano played by Jason Carlson, a young Northwestern University faculty member. Unfortunately, Carlson had neglected to do a sound check from the back reaches of the auditorium with singers, while one of his students played the piano. Consequently, the singers were often drowned out by the piano reverberating off the front of the stage.

While the singers were competent Rossini executants they could not contend with the banging and jangling of that infernal upright at the front of the proscenium. It was not exactly Carlson’s fault, but rather the responsibility of director Molly Lyons, who is ex cathedra responsible for tutti.

Half of the principals in this production are miscast. As Figaro, Michael Orlinsky is a very good comic actor with an excellent lyric baritone voice, but he is tall, skinny and youthful. Figaro must be of medium height, solidly built, and immediately impress as a man of the world. Bartolo is played by Rick Ziebarth, also miscast—Ziebarth is too young, suave, handsome—a leading man rather than an old lecher. If he were a lyric tenor, he may be physically perfect for Count Almaviva. The Count is sung by Joachim Luis, who is out of place, too short for Almaviva. Orlinsky’s Figaro towers over him. Emily Becker’s wide, heavy vibrato as Rosina put me off. It seems to span at least a minor third. Other than Basilio, rendered by Pete Morgan, the opera lacks a true Rossini comic baritone.

Had the impresaria (Katherine Bergman) who put this production on persuaded corporate donors to give her $30,000 to hire a small orchestra for “Barber”’s run of four performances, the evening’s slender audience may have tripled its enjoyment.

Denied Rossini’s inimitable comic, lyrical wizardry with the orchestra, the audience never realized it was missing only one thing, the essential Rossini. (Bill Sweetland)