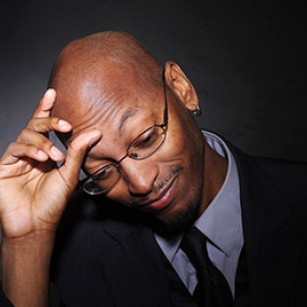 “I choose to reflect the times and situations in which I find myself. That to me is my duty. How can you be an artist and not reflect the times?” A poignant question raised by the iconic songstress Nina Simone, whose music encapsulated the pain, beauty, brilliance and proud blackness of an entire generation during the Civil Rights and Black Power Movements.

Simone was a purveyor of truth and hope during those turbulent times and her impact is unparalleled. However, she’s gone now and as times change and more problems plague our nation, new artists must step up to take on the “artist’s duty,” as Miss Simone dubs it, and reflect the current times.

One playwright, Reginald Edmund, has stepped up to that challenge. His writing persona, uncompromising in truth and unapologetic to whom it might offend, is a complete 360 to his quiet, almost shy personality. Writing is his safe place and thus the obvious method of response to the second-wave Civil Rights Movement, as he calls it.

Feeling helpless after seeing the events in Ferguson, yet inspired by the political and social action that resulted across the country from such atrocities, he felt the need to do something and include other artists as well. That effort turned into “Black Lives, Black Words,” a ten-minute-play reading series where some of the most political contemporary black playwrights explore the question “Do black lives matter today?”

Edmund brought on board some of Chicago’s notable theaters, including Black Ensemble Theatre, Congo Square Theatre, eta Creative Arts Foundation, MPAACT and Pegasus Theatre to assist in his efforts.

Yet, what is most unique about “Black Lives, Black Words” is its reach. Edmund not only strived to unite people nationally, but across the Atlantic as well, starting with London. And who better to help in this effort than British play specialist Simeilia Hodge-Dallaway, a woman who carries remarkable knowledge of the entire black British dramatic canon over the last seventy years.

“I was already in the states researching for my collection of monologues books. Knowing all the black plays presented in the UK over the past seventy years and hearing about Reggie’s project was a really great opportunity for writers based in London to be given a platform. Black British writers are almost invisible except for a select few,” says Hodge-Dallaway. 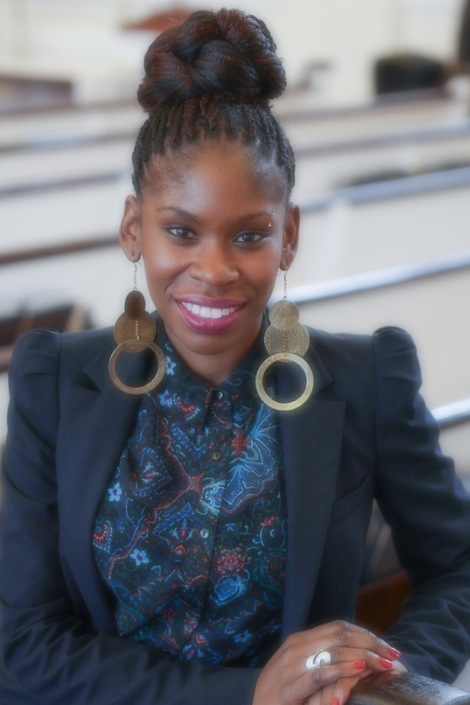 Edmund and Hodge-Dallaway joined forces for “Black Lives, Black Words” and are currently gearing up for the kickoff performance July 28 at the Greenhouse Theater Center.

The project will consist of three phases. Phase one is based in the U.S, including dates in Chicago, Baltimore/D.C. and Minneapolis, all showcasing the talent of local writers. Phase two will be held in London, where Hodge-Dallaway will spearhead in conjunction with Artistic Directors of the Future (ADF), her organization dedicated to supporting and nurturing black, Asian and multi-ethnic directors. Phase three of the project will consist of a fully produced night of special selections from each place.

The phase-one plays will be on a multitude of topics, including the black family, black/white relations, mental illness, classism and domestic violence.

Hodge-Dallaway says the London plays will follow suit, highlighting issues that affect those living in the UK including the gentrification of Brixton and the hot topic of diversity in the arts, which was mandated by the arts council.

Both Hodge-Dallaway and Edmund have extremely high hopes of what this project can achieve.

“I want to awaken new voices,” says Edmund. “Draw attention to the fact that black lives do matter. Empower emerging and veteran writers by invigorating them and letting them know their voices are important. I want audiences to walk out of the theater believing the time to act, believe, stand up and take part in the discussion of the issues plaguing the black community is now.” He pauses. “But most importantly I want this to be a catalyst toward healing.”

Hodge-Dallaway echoes Edmund’s sentiments. “I want to raise awareness of black British writers. Incite more interesting programming in the theater in London and the U.S. and hope this will also encourage theater companies to not see projects like this, that say something about the here and now, as a risk. I would hope people feel some type of relief or release. Some sort of ‘Ahhh…’ feeling,” she says, sighing like she’s floating on clouds.

“That’s what’s needed right now. There’s a lot of tension, fear and people feeling unheard. Hopefully by speaking out that will inspire its own sort of change.”

In the same vein as Simone, Edmund and Hodge-Dallaway end by stating the role of the artist, more specifically the black artist, in these times.

“I use art and myself as a catalyst to bring about change. I have no fear of saying I am a black woman, and I embrace that fully and all of what that is,” Hodge-Dallaway says. “I think for me as an artist it’s important to do the best that I can to show my love for my community through the art. So much harm is being done to our community; we’re subjected to a lot of negativity and abuse. I am only here for a very short time and while I am here, I believe I am here to make a change.”

Edmund explains the role of the artist is multi-faceted. “To serve as a politician, preacher, prophet, up-lifter and just really to speak on things not just happening in the present, but in the past and looking toward the future,” he says. “That’s what the great artists do very well.  They’re not just planted in the present, but they look toward the past, planting themselves in the present and have a clear vision of where we can go.”

Miss Simone would be quite proud.