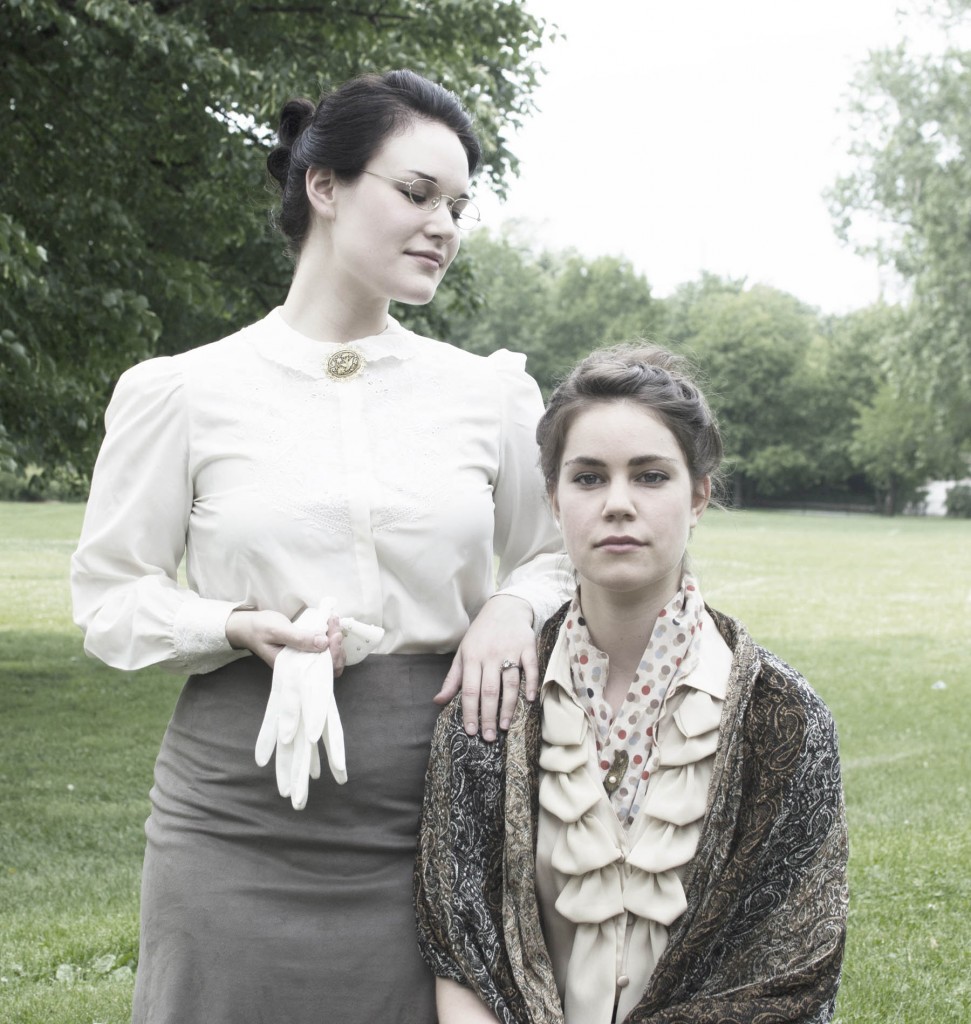 The idea of a musical tribute to Gertrude Stein is, on its face, overwhelming. Anyone with passing familiarity with the late poet’s propensity for playful and often anarchic verbosity might imagine an entire evening of single-sentence observations endlessly rearranged to a cyclical, Terry Riley-like score. And yet what we get instead is a play written by one of Chicago’s most celebrated adaptors (Frank Galati), scored by a Tony Award-winning composer (Stephen Flaherty) and helmed by a theater company intent on keeping the musical a relevant modern form. Under the direction of Allison Hendrix, Kokandy Productions presents a work that begins with a bit too much repeating and concludes with just the right amount of loving.

At the outset, Galati and Flaherty appear to have entirely differently goals. Galati imbues the elder Stein (played by the unflappable Caron Buinis) with loquacious eloquence and deep tenderness that is at odds with the production’s initial musical exuberance. Indeed the lengthy overture that introduces the audience to Stein’s younger counterpart (Amanda Giles) risks becoming taxing before it is rescued by the entrance of Alice B. Toklas (Emily Goldberg), the fledgling writer’s lifelong partner-to-be.

While Giles and Goldberg are not always convincing as lovebirds, their relationship becomes more inextricable as invisible forces sour the fresh fruit of their youthful gaiety. The rest of the production responds in turn and quickly Stein’s repetitious assemblage, formerly joyous and oblique, develops into something anxious and melancholy though no more concrete. Stein describes the state of being as an amorphous, semi-solid and impermeable blob. It helps to consider her work—and indeed, this devoted production—in the same way. While there is semantic value in its study, there is greater pleasure in its experience.

According to Toklas, Stein’s last words—like so many before them—were rhetorical yet revealing. “What is the question?” she asked of herself and, without fully realizing it, those of us looking for life’s answers without knowing exactly why. As a play, “Loving Repeating” may leave you dizzy and perhaps a little lovesick but is equally likely to deepen your appreciation for the elusive and ethereal qualities we do not always see enough of in life or on stage. (Kevin Greene)