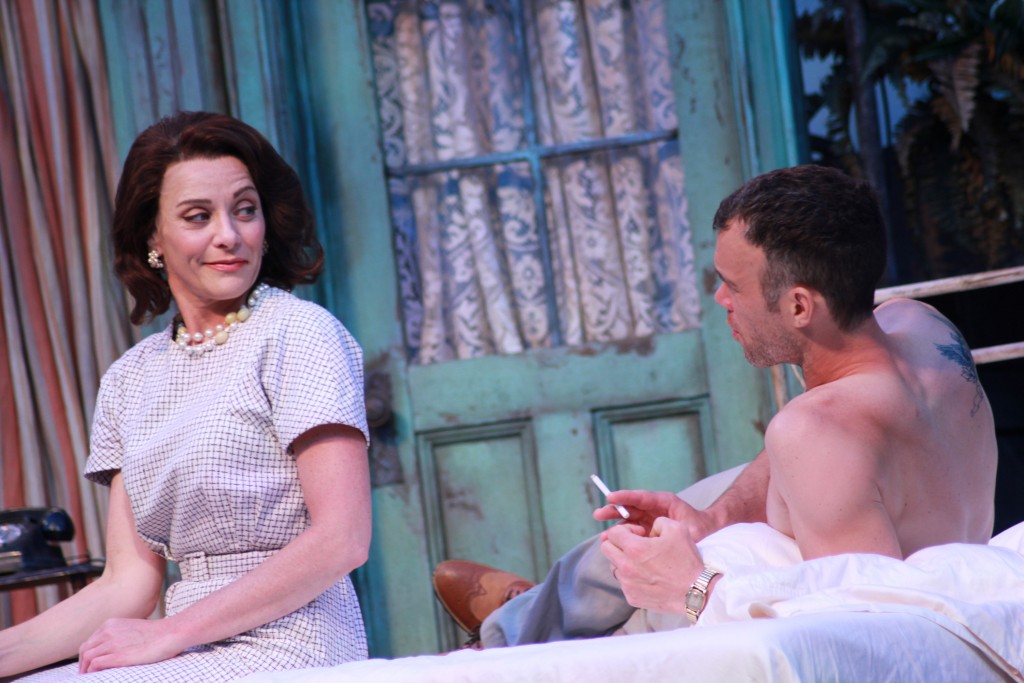 Watching Tennessee Williams’ classic portrayal of lust and longing in New Orleans under the Wisconsin stars, on an especially hot and humid night, adds an extra element of authenticity to director William Brown’s outstanding take on the work. Though the nature of APT’s large proscenium stage makes it difficult, if not impossible, to create a sense of claustrophobic collision through scenic design in the way that David Cromer’s renowned production at Writers Theatre did back in 2010, Kevin Depinet’s set is nevertheless up to the task at hand, offering a perfectly functional take on French Quarter slumming, circa 1950. But the set is not the point, anyway, in the face of such larger-than-life characters as Stanley Kowalski and Blanche DuBois. Brando’s seminal portrayal of Kowalski leaves a long shadow, but Eric Parks makes Stanley his own, conveying the “animal spirit” both in his abusive rage and his carnal attraction. The primary object of his attraction, Stella Dubois, is written as a rather passive character by Williams, and Cristina Panfilio (Parks’ wife in real life) manages that perfectly well, essentially staying out of the way of Stanley and Blanche. It’s easy to forget that this play’s success does not ride on Stanley’s broad shoulders, but on Blanche’s wispy petticoat. And Tracy Michelle Arnold’s Blanche is sublime, so utterly convincing that watching her fragile fantasy of Southern dignity unravel is both heartbreaking and admirable. (Brian Hieggelke)