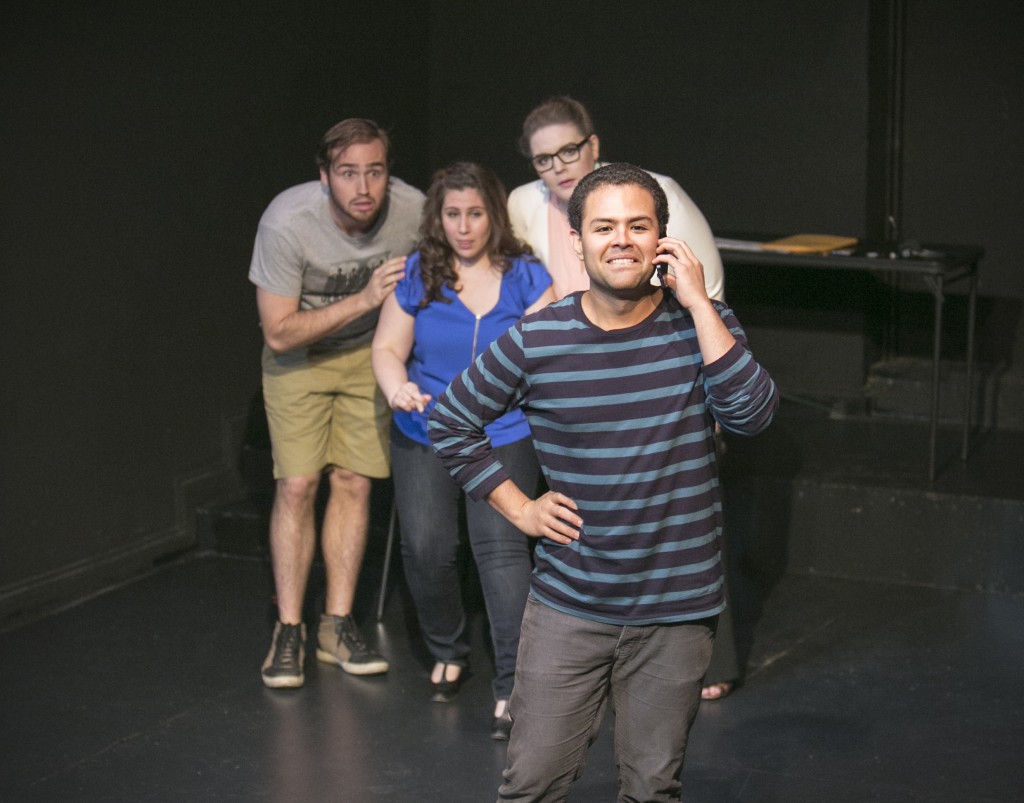 With four mismatched chairs on the stage of Rivendell Theatre’s cramped Edgewater space, Jeff Bowen and Hunter Bell’s “[title of show]” is set within environs which contribute to the perfect piece of self-referential meta-theater that it is.

This is a musical about the creation of a musical. It is a play that starts with two creators Jeff (Yando Lopez) and Hunter (Matt Frye) talking on the phone about wanting to write a musical together. Each scene is supposedly a transcript of their actual discussions along the way. Two of their friends, Heidi (Anna Schutz) and Susan (Neala Barron) come along for the ride. The ensemble put together by director M. William Panek does a wonderful job filling each role with a vitality that shines throughout the show.

There are times when Schutz’s belting is a bit much for the acoustics of the space, causing some physical ear pain, but it is truly refreshing to see a full-voiced production of a musical in Chicago that does not depend on artificial amplification.

The songs are catchy. The scenes are clever, touching and inspiring. Lopez is almost always the driver of the best scenes, and his portrayal of the musician/grammar snoot, Jeff, is the pillar upon which this production rests. The rest of the show is really good. The scenes that feature Lopez rise above.

Friends have been raving about this script for years. This is my first time seeing it, and I can now agree with them that it is terrific. I would assume that any production of this show would be reasonably good just based on the material, but I found this one specifically has the scrappy feel of the show’s content, and therefore immerses the audience in the creative energy of making art, and the thrill of rooting for a likable underdog who makes good. (Christopher Kidder-Mostrom)