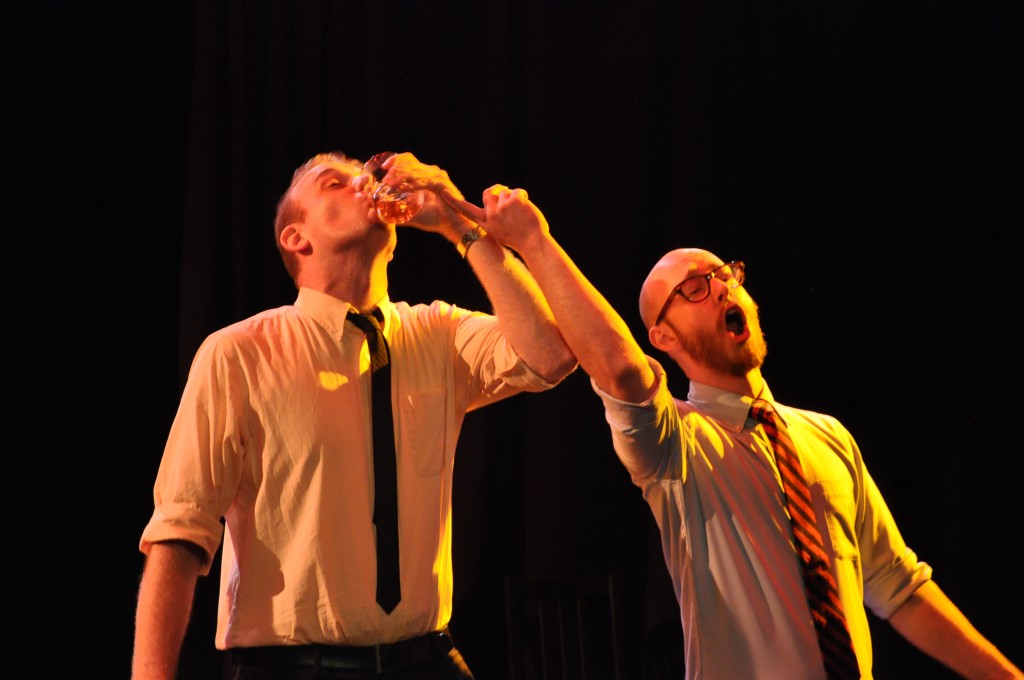 Improv is a skill. Being able to successfully improvise a storyline to music while drinking is an even greater skill. That’s the challenge the cast of “Buzzed Broadway” takes on during each performance at MCL Chicago.

Watching “Buzzed Broadway” is kind of like watching a group of drunk musical theater students at a party: it might be funny if you’re participating—and drinking along with the cast is encouraged—but if you’re sober, you’ll notice that the story doesn’t always make sense and the singing isn’t always in key. Still, it’s good for a few laughs here and there.

In the show’s defense, everything is improvised—from the storyline to the songs—so the actors have to quickly commit to scenes and try to play off of each other in a cohesive way. In that vein, depending on the audience’s opening suggestion, the show could be amazing one night and not so great the next. The show I saw tended toward the latter.

At the very least though, MCL Chicago is BYOB and every ticket comes with a stamp for a free beer at Trader Todd’s. So one way or another, you can leave feeling like you’re getting your money’s worth. (Mary Kroeck)