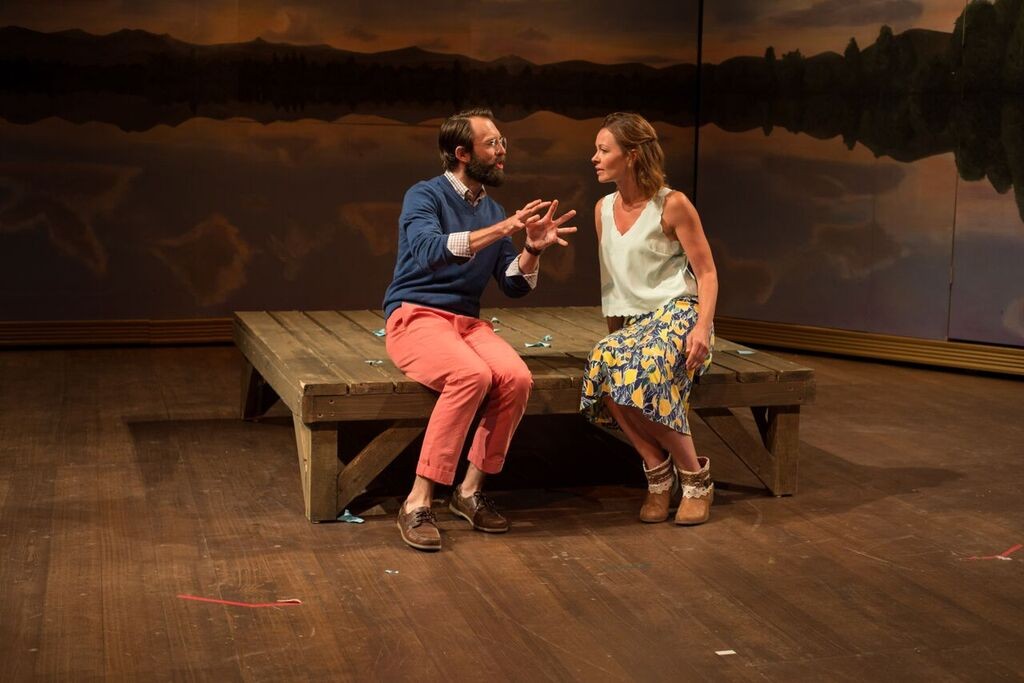 Something tells me old Anton might have rather enjoyed “Stupid Fucking Bird” if his body had aged as well as his work. Sideshow Theatre Company’s lofty yet godless (re)vision of “The Seagull” is particularly Chekhovian in its absolute conviction of its own pointlessness, lending this one-year-out remount a certain unimpeachable and pitch-perfect irony.

The play is achingly heartfelt and hysterically funny, often simultaneously. Toward the end of the first act, each character is allowed to trump dramatic convention by telling the audience exactly what they want. While most desires are in line with their origin characters—love, admiration, fame, sex—Uncle Sorn (a wonderfully unhurried Norm Woodel) proclaims to want just a hug. “A hug that lasts a month,” he adds melancholically. In an ambitious work full of grand gestures and cutting swipes at grand gestures, it is small moments such as these that key us into the profound subtlety of playwright Aaron Posner’s adaptation.

Posner’s play is replete with emotional generosity. He takes Chekhov’s shuffling milieu and allows them to vent their frustrations openly, cyclically and endlessly. In this very millennial approach, Posner finds, in the words of Sorn “so much feeling,” some of it true, some of it false, all of it affecting.  Under the very visible and audacious direction of Jonathan L. Green, the gravity of Posner’s update comes to life through this perfectly cast ensemble. While it is great fun to watch Nate Whelden whimper and whine, to witness an actress as full of proverbial piss and vinegar as Nina O’Keefe decrying her inability to offer even one second of truth is more significantly transcendent than any number of self-reflexive fourth-wall breaks.

In its capacity to be moving, pretentious, self-deprecating and deeply serious, “Stupid Fucking Bird” risks a great deal. Its self-obsession is perfectly in line with Chekhov’s belief in the sanctity of the mundane. After all, as this play is quick to point out, forces beyond our reckoning encourage our narcissism. Yet in spite or perhaps because of its outward cynicism, there is an underlying conviction in the ability of art—mediocre, brilliant or otherwise—to change us. And that alone makes “Stupid Fucking Bird” worth centuries of the boring, the bathetic and the blah blah blah. (Kevin Greene)