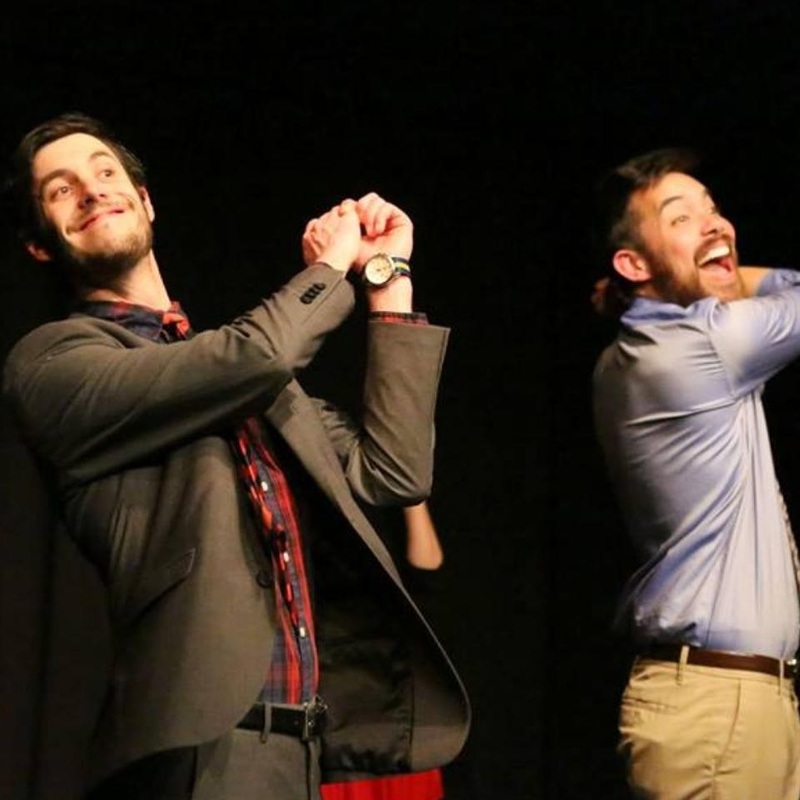 Walking into the MCL Chicago space for “VAMP: A Music Comedy Drinking Show” is like walking into a raucous house party that’s just getting started. A four-piece band (Doc McCullough & The Vampers) plays frenetic jams while audience members mill around chatting and sipping from their various BYOB selections. And once the show gets started, under the direction of endearingly wry host Keenan Camp, it’s not that different from a house party itself. In fact, “VAMP,” as a whole, feels like a loosely organized, low-pressure showcase by a group of popular, talented, semi-intoxicated improvisers in a friend’s basement, with all the pros and cons associated with that scenario.

Starting with the positives because, really, this is a show worth seeing, the laid-back atmosphere allows for a looser, riskier type of improv than a more structured setup might permit. Lame audience suggestions are shot down quickly (if only more shows did this!) and short-form games are begun with little to no explanation, under the assumption that audiences are familiar with the game or will get the point quickly. At one point Abby Vatterott was stretched out on the stage floor crooning when Ed Selvey IV pulled a running floor fan onto the stage, extension cord and all, holding it right up to her face to blow her hair back as she sang. The effect was added hilarity, but certainly not safe. Whether they succeed or fail, moments like these are made of pure excitement, for audience and performer alike.

On the flip side, some further tightening wouldn’t hurt: the guitarist spent a good deal of the show talking loudly and distractingly to audience members seated near him, technical director Zach Stinnett awkwardly berated someone on stage for fooling with his equipment and the subpar sound system makes it hard to hear every line of sung dialogue over the band, especially if you’re seated stage right in a limited view section designated “The Pub” (tip: avoid these seats). The sound issue must be familiar to the company as Camp has a microphone for his hosting duties.

But despite these drawbacks, the punchy, devil-may-care presentation style and quick-witted, self-aware performers (all of whom have impressive improv skills and most of whom back this up with solid vocal abilities) makes for sixty minutes of memorable, melodiously drunk comedy followed by earnest socializing between cast and audience. They must be doing something right—the show I attended was sold out. Catch this show before it sobers up. (Zach Freeman)