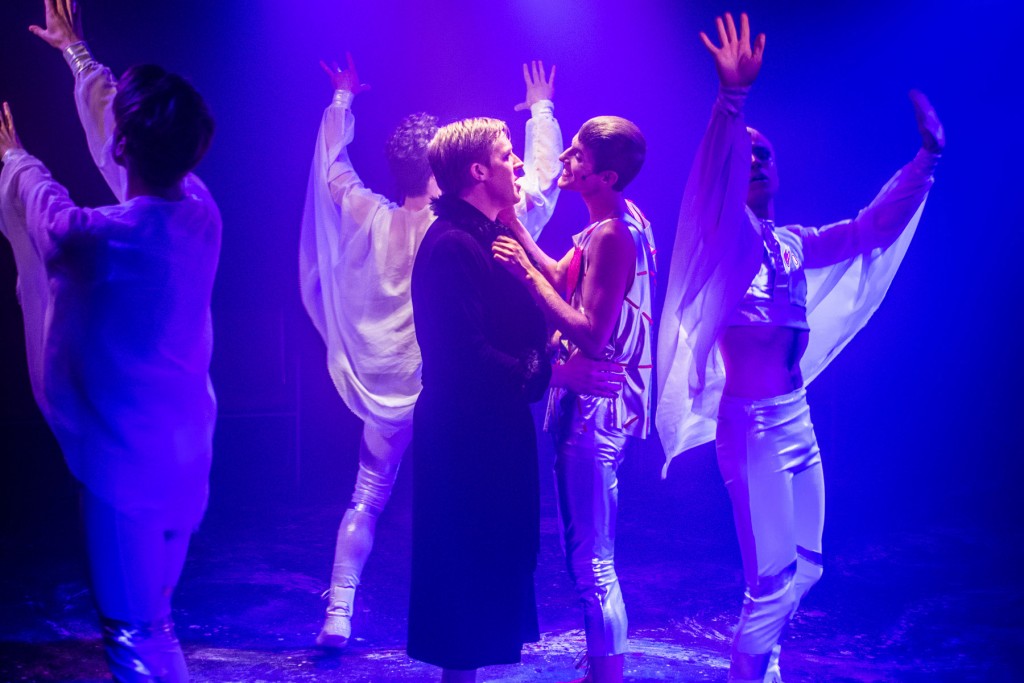 Blissfully irreverent and totally un-PC, there is a character or a situation guaranteed to grind the girdle of every audience member. Steve Love’s Stanley lisps so hard that the end of his tongue must be sprained, and we can only hope his lower jaw will return to a relaxed position by Christmas. He sashays and simpers, yet somehow comes out smelling like a hero, if a little heavy on the Chanel No. 5. As porn star Rod Fullalove, Michael Peters delivers several nearly Shakespearian monologues about his need to be anally objectified, forevermore. As Stanley’s “hag” Harriet, Christina Boucher wears erect warts all over her body, and Carol Burnett’s charwoman mop on her head.