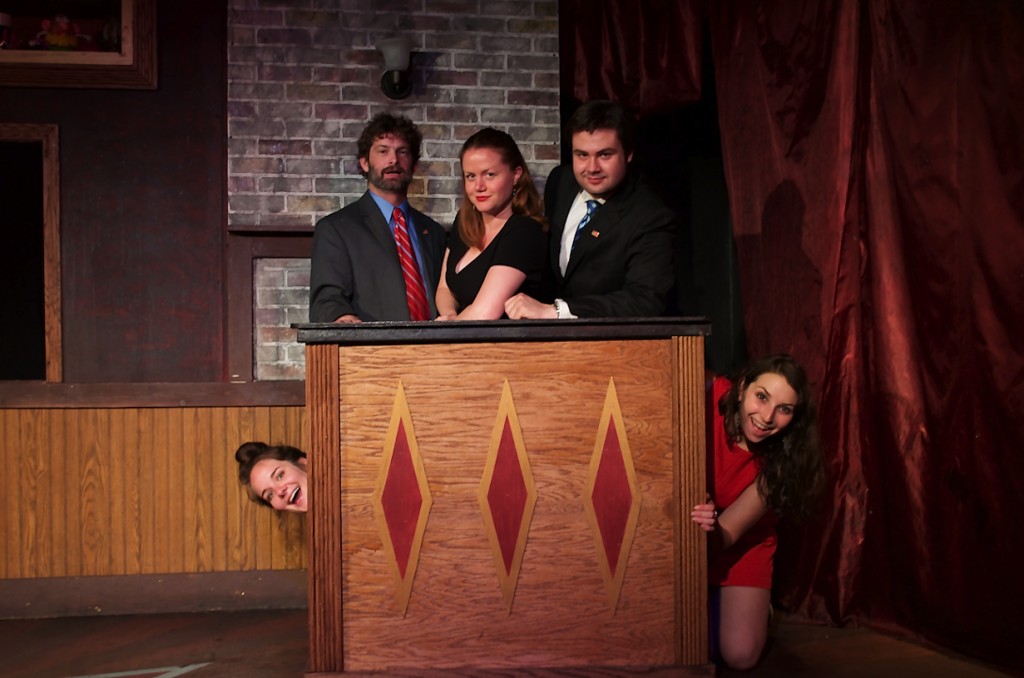 The premise of The Public House Theatre’s “Ready for Hillary: The Musical” is simple, if wacky: On the eve of the 2016 presidential election, candidates Hillary Clinton, Elizabeth Warren and Chris Christie, along with their spouses, attend a sleepover party at vice-presidential candidate Ted Cruz’s home. Singing and shenanigans ensue.

If you go into this show expecting biting political satire, a dissection of electoral politics or any critique of the policy positions of the individual candidates, you might want to re-watch old episodes of “The Daily Show” instead of heading to “Ready for Hillary.” If you want to see a show that takes the personalities of prominent political figures, blows them out to over-the-top proportions and sets them to music, this is your show.

It’s an uneven show. The script often uses easy jokes, like making fun of Chris Christie’s (David Schwartzbaum) weight instead of his personality or policies. Most of the musical numbers feel flat, under-rehearsed and unmemorable. Where the show excels however, and where directors Erin Lann and Maeve Devitt should be commended, is in turning the circus of an election into a literal circus, a clown show.

Elizabeth Warren is deftly transformed by actress Jenna Steege from a protector of the middle class into someone who just wants a friend (and often sings to unicorns). Bill Clinton (Justin Hamby) and Bruce Mann (Dylan Schaefer) become a Hardy Boys-type detective team lurking through Ted Cruz’s mansion. Speaking of Ted Cruz, Peter Kremidas steals the show with his absolutely bonkers take on the senator from Texas. Not to be outdone, Lori Lewis plays Hillary herself as a sort of manic, image-obsessed grandmother.

Overall, “Ready for Hillary” succeeds when it lets its actors loose and, despite the show’s unevenness, it is well worth the price of admission to see each of their takes on some of politics’ biggest personalities. (Sean Kelley)