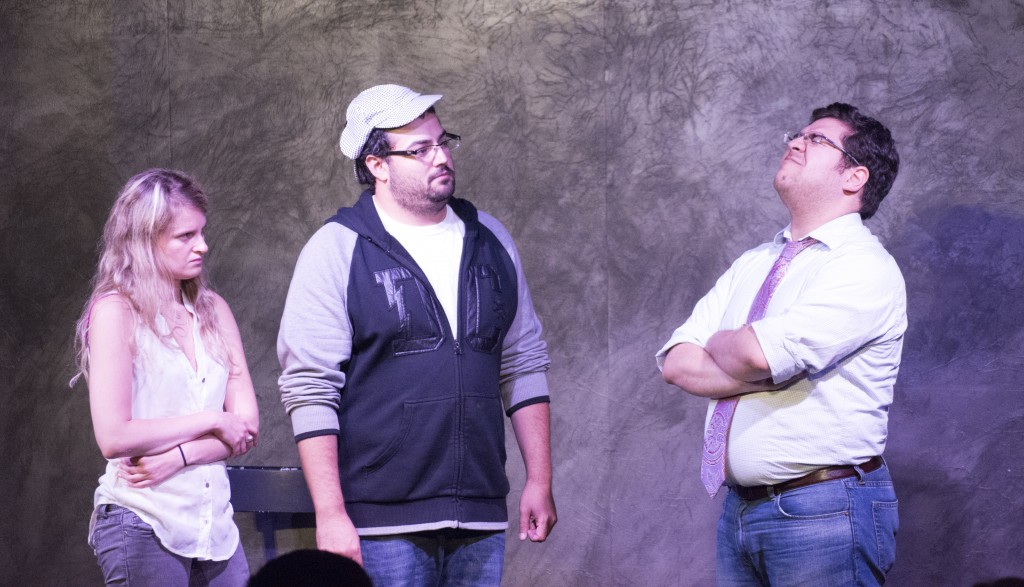 Under The Gun Theater is rife with catchy concepts. Their “Comedy Against Humanity” show was so popular that—despite an informal agreement—Cards Against Humanity objected, forcing the show to close just as it was really taking off. Walking into the theater Thursday night for “A Night of Whodunnit, ” I noticed Cards Against Humanity packs for sale at the bar. A sign of no hard feelings, perhaps? Or a reminder that this is a theater that knows (and has proven) that they can deliver on concept work?

“Whodunnit” is actually a double-header, consisting of “One Story Told Week by Week” (a parody of the oh-so-popular NPR podcast “Serial”) and “The Improvised Adventures of Sherlock Holmes & Dr. Watson” (self-explanatory), in that order. The sources may differ but the theme is the same. To quote R. Kelly: “There’s a mystery going on and I’m gonna solve it.” Both shows last thirty minutes with a ten-minute intermission in between. 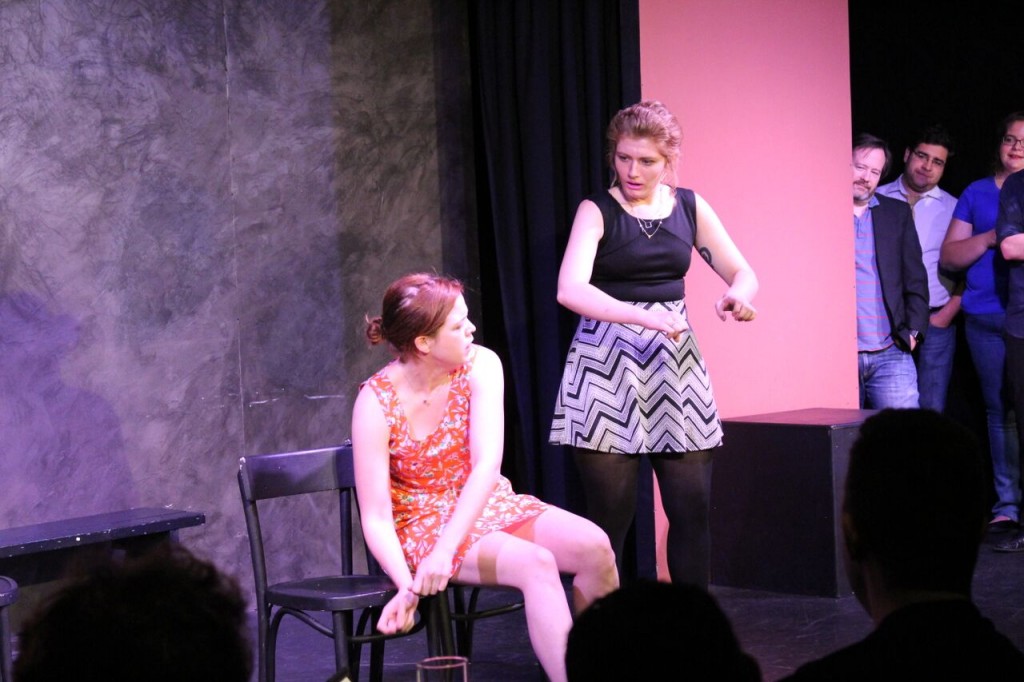 For “One Story,” the cast interviews an audience member about a time they were “falsely accused” and then, led by host and creator/director Angie McMahon, who has a killer Sarah Koenig impression, calls witnesses, questions memories and imbues the whole thing with canny mock earnestness. The show works best when it’s following the “Serial” structure—replaying scenes from different perspectives, allowing McMahon to question the accused, hearing from experts. Things move quickly and fluidly, but there’s room for tightening—a few digressions got a bit too lengthy and sometimes the ensemble didn’t seem to be responding to McMahon’s prompts. These improvisers are good and the scene work is solid, but the central focus should always be clear.

Though the shows complement each other, “Holmes” is an entirely different beast. To start, a host requests a location, a crime, a person and a timeframe (past or present) while Sherlock (in this case Alex Wiseman) is out of the room. Once Sherlock is loosed upon the stage, Watson (Matt Fox) and the rest of the cast provide clues to help lead Sherlock to the solution. It’s a lighthearted and surprisingly rollicking setup, and the comic sexual tension Wiseman and Fox imbued their relationship with added a welcome layer, but some side stories distracted more than they added.

Providing an enticing framework for improvised shows is a tricky business. Under The Gun has this aspect down, and an impressively talented ensemble that knows how to deliver laughs. Now they just need a dash more structure. (Zach Freeman)