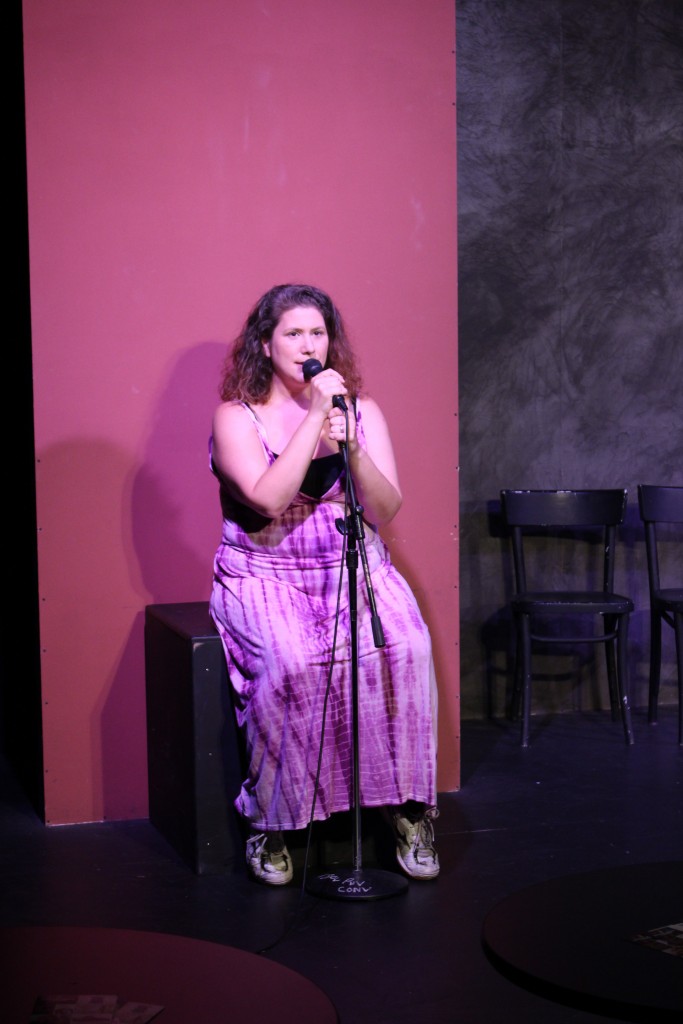 I’ve never been one to keep a consistent journal, but judging by the expressive content of the readings at Under The Gun Theater’s new monthly show “#TBT, ” my infrequent entries are far too dry and logistical. A bit of background for the unfamiliar (read: old): #TBT (Throwback Thursday) is a Twitter/Instagram (and even Facebook, though their hashtag game is pretty weak) hashtag people use to post a photo or memory from their past. Every second Thursday at Under The Gun, “#TBT” provides a stage for ensemble members to read their early writing (mostly journals and letters) in all of their embarrassingly inelegant glory. And it is the perfect combination of all three: embarrassing, inelegant and glorious. It’s also sometimes moving.

The night I attended, a dozen readers braved the stage, clutching old diaries, personal letters and short stories. While the fiction readings delivered laughs through their overly ambitious prose—Allison Keller’s eighth-grade opus “The Homeless Child” described a color as “a deep planetarium purple”—the angsty and adamant pinings from young diaries make this a truly captivating show.

There’s something voyeuristic about hearing a young girl’s raw, emotional honesty—however graceless and ultimately fickle it might be. It feels both wrong and oh-so-right to laugh so hard at their yearnings and exclamations. The key is that these entries are being read by the older—and abashedly wiser—versions of the writers, making lines like “The boundaries of my love could even surpass the confines of the atmosphere”—an excerpt read by a mystified Shelby Plummer—equal parts touching, awkward and hilarious. She goes on pseudo-poetically about what will happen “when I die,” with current-day Plummer blushing at her own passionately purple prose. Similarly, Jennifer Kaesheimer rhetorically asks an ex-boyfriend “Are you soaking up the same moonlight?” in her achingly wistful (and equally funny) entry.

But Maya Haughton, who read from a college journal, delivered the biggest laughs of the night, mocking herself by reading in a sultry voice about sexual escapades long past. Describing an encounter with a male student, she purred “…as usual, I was sexually flirtatious with him,” shaking her head with an amusingly amused smile.

There’s a lot to laugh at here. But the surprising draw is how much real emotion is laid bare and how often the laughter is tinted with empathy. This is an emotional roller coaster worth repeat rides. (Zach Freeman)