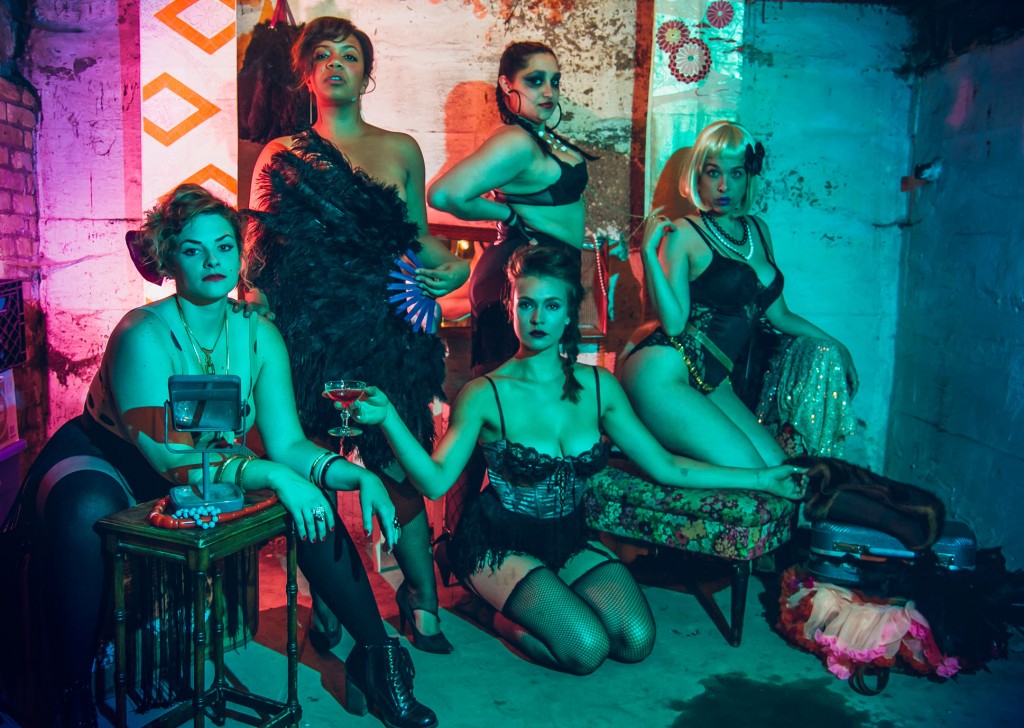 For the most part, The Inconvenience’s sixth annual “The Fly Honey Show”’s blatantly burlesque and abounding pop cultural references can make it feel specifically millennial. However, in the moments when performers stand firmly outside of the glib pastiche with personal honesty and poetic earnestness (“Join the hive… the whole damn tribe. All my honeys, let’s shake a good wing for a good thing, all of my honeys, let’s thrive.”), it is clear that “The Fly Honey Show” is not just an exercise in genre but a genuine effort to bring viewers (millennial and otherwise) into The Inconvenience’s glittering underground hive for a reprieve from conventionality’s tyrannies.

Mary Williamson, a powerful host, tirelessly herds the audience through more than twenty acts of spoken word, mash-ups, striptease and comedy. She makes you feel at home in your body as she and the other barely clad bodies dancing throughout the theater are in theirs. Of her fly side-ponytail she says, “It’s business on this side and nonna your goddamn business on this side, because I’m a layered and complicated individual.”

Layered and complicated indeed, “The Fly Honey Show” could be about thirty minutes shorter, and maybe it will tighten up following opening night. But, sweet surprises make for a rich texture: a scintillating reading of a hilariously sapphic “Anne of Green Gables” scene reaches into the throbbing soul of anyone who ever adored Anne spelled with an e; a sultry dance set to the heavy part of the Beatles’ “I Want You” sensually slows the show down. Finally, in the middle of act two, the lights go down and everything stops for “Naked Girls Singing” (Quinn Tsan and Jessica Marks), a few wistful songs of beautiful and naked melancholy.

If you want an escape from your nine-to-five world (or worse, your four part-time gigs stitched together so you can live a nine-to-five kinda life); if you want to feel like you’re a part of a progressive dialogue speaking out on current, difficult issues (#blacklivesmatter, #survivorprivilege, #everydaysexism); if you want to stay up really late… than you’ll want to descend into The Chopin’s subterranean theater to see “The Fly Honey Show.” (Joy Miller)

The Inconvenience at The Chopin Theatre, 1543 West Division, theinconvenience.org. $20-$80. Through August 29.