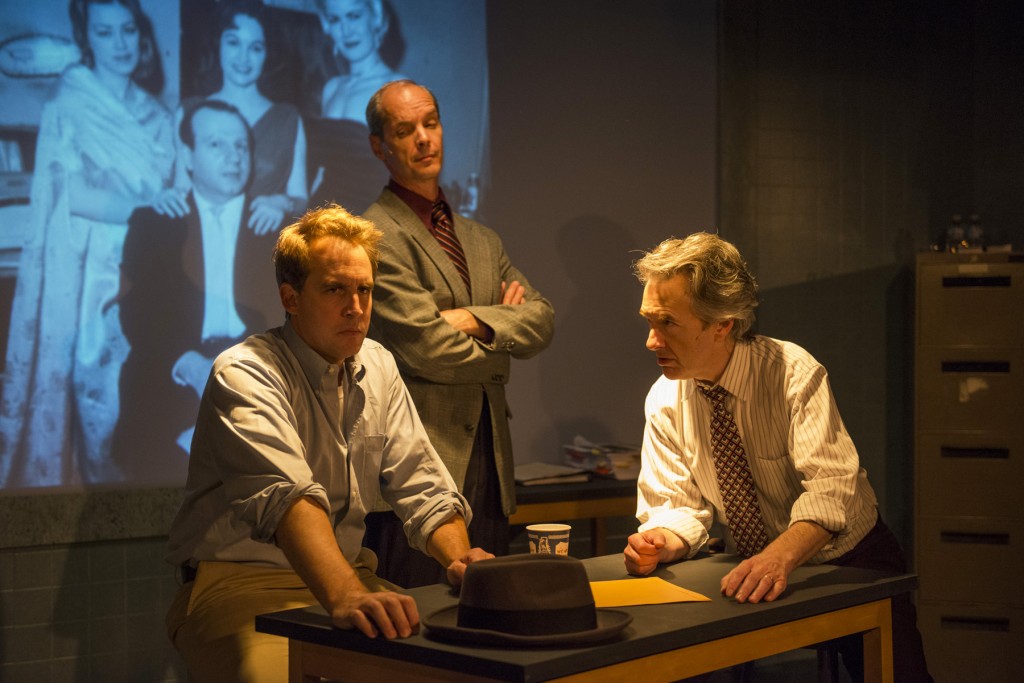 Back in my college days, I attended a sizable number of history and political science lectures as a theater and poli-sci double major. I would have been thrilled if any of those lectures had been half as engaging as Hillel Levin’s “Assassination Theater: Chicago’s Role in the Crime of the Century.” This production, dubbed “A Theatrical Investigation,” is a prime example of how to make the presentation of a lot of information interesting and attention-grabbing. That being said, it is not a good piece of theater.

The production, helmed by Kevin Christopher Fox, puts forth a pretty convincing argument that the work’s author, Hillel Levin (portrayed on the stage by actor Michael Joseph Mitchell), has tied Chicago’s Outfit to the assassination of President John F. Kennedy (as well as the later assassination of his brother Robert F. Kennedy). The argument is solid. The materials are well presented and supported. Were I a political science professor giving a grade to this senior thesis, I would give it an A.

However, as a theater critic, I must point out that there is no plot, no character development and nothing at stake that would take this public presentation of assembled evidence and elevate it to the level of a play.

The work of two of the actors could easily be replaced by video and sound clips. Ryan Kitley and Martin Yurek do a fine job reenacting chunks of interviews, news clips and findings of the Warren Commission, but in essence they are simply standing in for other media. They each create effective caricatures of the people they bring to life, but the material is still limited to snippets of the public record; simply verbatim recitation of source material, rather than dramatic interpretation of anything.

The presentation is intellectually stimulating, but not in any way entertaining. It is a live documentary, rather than a docudrama, and because it does more telling than showing, it is better fitted to the lecture hall than a performance venue. (Christopher Kidder-Mostrom)