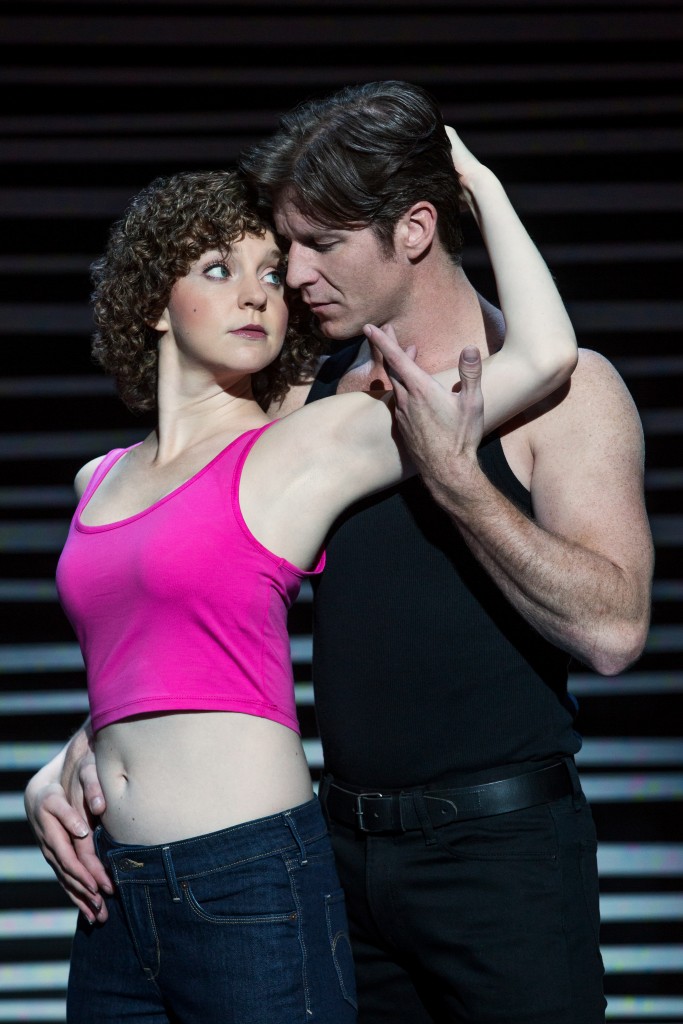 “Dirty Dancing” is undoubtedly one of my favorite films. I remember watching it in grade school for the zillionth time with one of my best friends and getting in trouble for jumping off of her parents couch as we tried to do the dance jumps and imagine what it would be like to fall into Johnny’s arms after landing that iconic lift.

If you’re as big of a fan of the film as I am, this staged version might leave you itching to watch the movie when you get home rather than feeling that you’ve had the time of your life.

Eleanor Bergstein wrote the scripts for film and stage. However, a few scenes were added to the live version, giving it a slightly wider focus on the turbulence of America that was brewing in the early 1960s. At one point part of the cast sits near a campfire singing “We Shall Overcome” as they talk about how some of the employees are going to join the Freedom Riders at the end of the summer. The most awkward addition is an argument between Frances “Baby” Houseman (Gillian Abbott) and Johnny (Christopher Tierney) over politics and the fact that Johnny doesn’t vote. The relationship dynamics between the Housemans is also slightly different. Baby and her mother are more at odds than they ever appear in the film and Baby’s parents hit a rough patch after Mrs. Houseman finds out about Penny’s botched abortion.

What’s really missing from this production is chemistry. The film cast—namely Patrick Swayze and Jennifer Grey—created big, but not impossible, shoes to fill. It’s the little things that make their roles so memorable. Swayze’s “come hither” finger whenever he really wants Baby to do something. Grey’s portrayal of Baby as mature and politically savvy—barely shedding a tear when Johnny leaves. Those subtleties that are captured so brilliantly in the movie are hard to portray on stage, but it would be nice to see the actors try.

Even though the stage production may not be as enticing as the film, the story of Baby and Johnny is one that is still as fascinating as it was nearly thirty years ago. If somehow you’ve never seen the movie, checking out the live version may prove to be worth it. (Mary Kroeck)