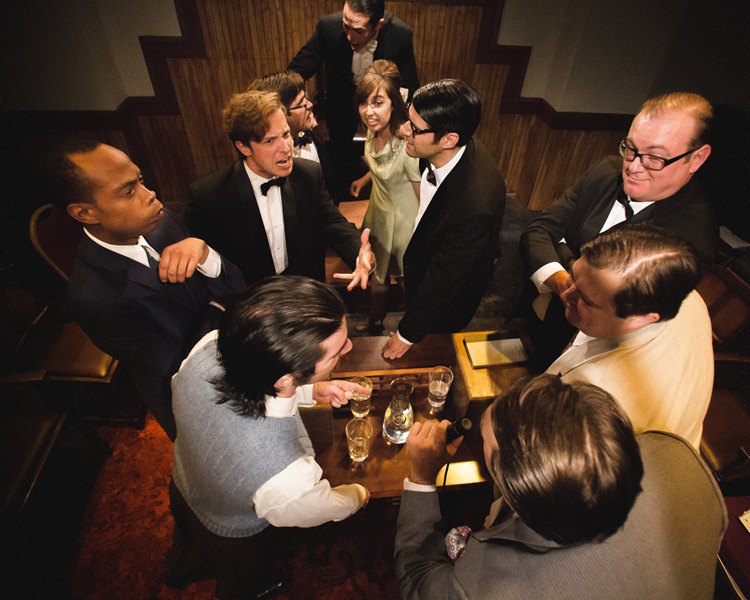 The debate took place at Cambridge University to a packed room of Union Society members and undergraduates. However the play begins the moment you walk through Oracle Theatre’s doors. You are told that the audience will decide the winner of the debate and handed two ballots: One you cast before the play, the other after, to see if your position has changed.

The play is quite entertaining, educational and relevant in reviving an important question we must ask ourselves about who has paid the cost for our American dream?

But one issue I have with this production is the dulling of Baldwin’s character. The play is directed (by Baker-Salmon) in a way that assumes everyone is on Baldwin’s side. In 1965 this would not have been the case. Being an African-American man speaking before a house of all whites at a time when African-Americans were still fighting for basic human rights and brutality against them was the norm, there was certainly not a stacked deck in Mr. Baldwin’s favor. And yet in the real debate at the end of Baldwin’s speech he was met with a standing ovation. Not because he was “morally” right, but because of the contents of his speech and his delivery.

However in this production when Baldwin speaks, the lights lower, almost bowing in deference to a pre-determined winner and there are very few interruptions. It’s almost as if the play stops. Yet when Buckley speaks, the interruptions come back in like rapid fire and the lights are bright. I just wonder how much more illustrious Baldwin’s character could have been if he was allowed to shine as he did in 1965.  (Loy Webb)