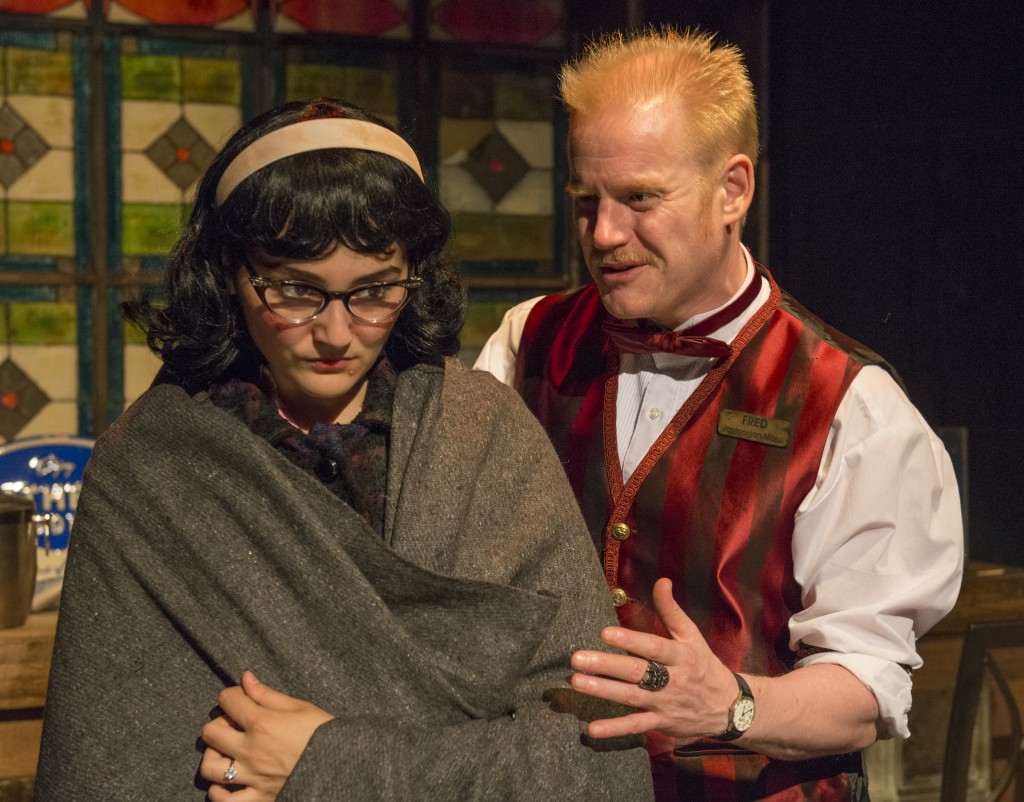 A dark and occasionally funny thriller opens the twenty-seventh season at Profiles Theatre. At first glance, Beth Henley’s “The Jacksonian, ” a surreal Southern Gothic tale, seems like an ideal fit for a theater that knows its way around the genre of horror better than most. Yet this deliberately fractured play opts for atmosphere over action and ends up overworking its tense, melodramatic pretense to little reward.

“The Jacksonian” is “Blue Velvet” by way of “As I Lay Dying” complete with inversions of fifties innocence, nitrous oxide and moments of disturbing, sexualized violence, all punctuated by abstract monologues delivered by Juliana Liscio, whose performance as the prophetic daughter of a demented dentist is the real standout of the evening. As her father, Tim Curtis does possess noteworthy comic timing and lightens the play’s overwhelmingly macabre mood.

Despite Henley’s beautiful prose and timely themes of religion, rights and racism, her play feels incomplete, or at least inconsistent. References to fog—as well as an actual smoke machine—reinforce this haziness. Teeth serve some significance here, though it seems that the aforementioned dentist could have just as easily been a podiatrist and little in the play would have been altered. The seedy employees of the titular motel are cast as deliberately sociopathic with nary a redemptive quality to be found. In terms of its characters, “The Jacksonian” asks for almost zero emotional investment, only a slight morbid curiosity.

On the technical end, the tandem of Michael Rathbun (lights) and Oliver Hickman (sound and music), reunited after their work on last season’s excellent “Our New Girl,” employ their formidable talents in an effort to project onto “The Jacksonian” an air of consequence. Alas, their prodigious efforts have the unintended consequence of drawing attention to the play’s shallowness, causing certain moments to feel almost campy.

Things do get deliciously messy in a pair of scenes toward the play’s conclusion, but it is—as they say—too little, too late. Unable to settle on a tone, “The Jacksonian” plays like a Cohen brother’s film without the wink and the nudge. Indeed, this entire production could have used a bit more tongue in its cheek. (Kevin Greene)