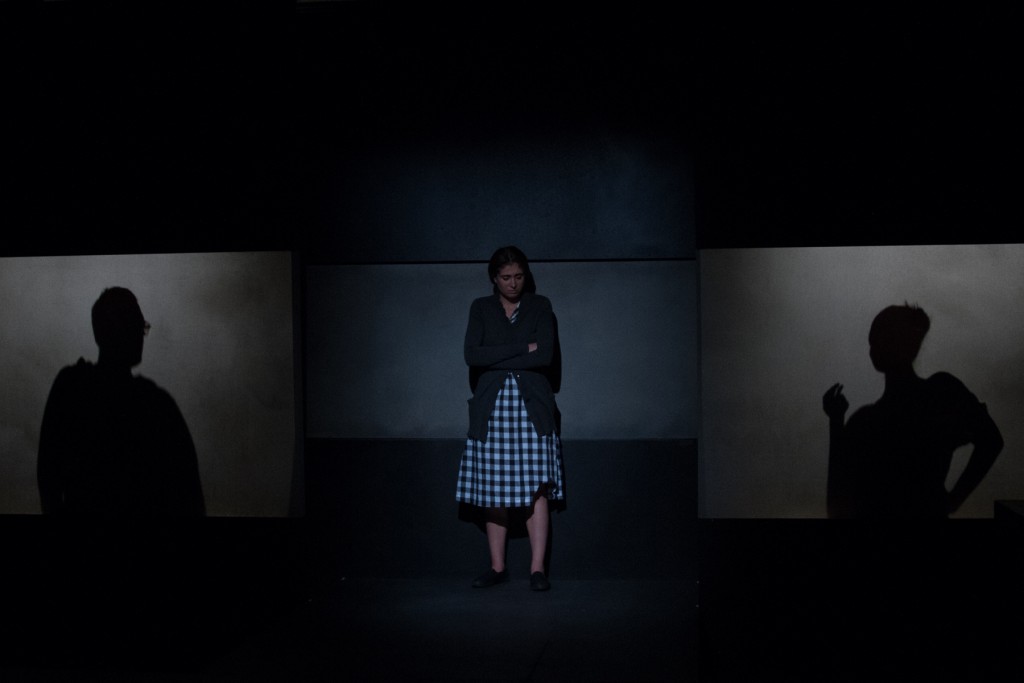 Nikolai Gogol wrote a short story entitled “The Overcoat” in the mid-nineteenth century about a Russian bureaucrat whose cloak is ratty and in need of replacement if his career is to go places. “The Outfit,” which is loosely based upon Gogol’s masterpiece, changes the gender of the main character and deviates heavily from the plot of the work that inspired it. While Gogol’s work is classic literature, it is heavy and dark. Laura Schellhardt’s cultural translation of the piece relocates the action, changes the country of origin and makes the show into a comedy.

“The Outfit” revolves around a frumpy woman, Nora (Nicola Rinow), living in a depressive state. An opportunity arises for her future, but she must improve her wardrobe in order to take that step up the career ladder. She meets a young clothing designer (Ross Compton) and falls in love. He makes dresses for her. The first dress, the titular outfit, is one which redefines her personality, her role in life, and her relationships. Basically, by going from frumpy to pretty, her life gets better. But then things go to her head. She thinks she’s hot stuff and treats people badly, including the people closest to her. Things spiral out of control. But in a deus ex machina moment, things work out just fine.

Director Tony Lawry’s cast of Piccolo newcomers ably portray a colorful mélange of characters. James Bould is both Nora’s creepy landlord, and her lover’s respectable father, whose disappointment in his son’s decision to make clothes rather than to become a butcher like his old man, is palpable. Hannah Schoen shows exceptional versatility for a young actress. As the childhood version of Nora she is solid, but it is her portrayal of the secretary to Nora’s boss (Morgan Sutter) which makes her positively shine among her much older compatriots.

Shadow puppetry and Foley sound effects create an atmosphere of unreality in the show, and the company’s self-awareness creates much of the humor that spins forth from this otherwise dark morality tale. It is a story laced with sadness and dressed in laughter. (Christopher Kidder-Mostrom)