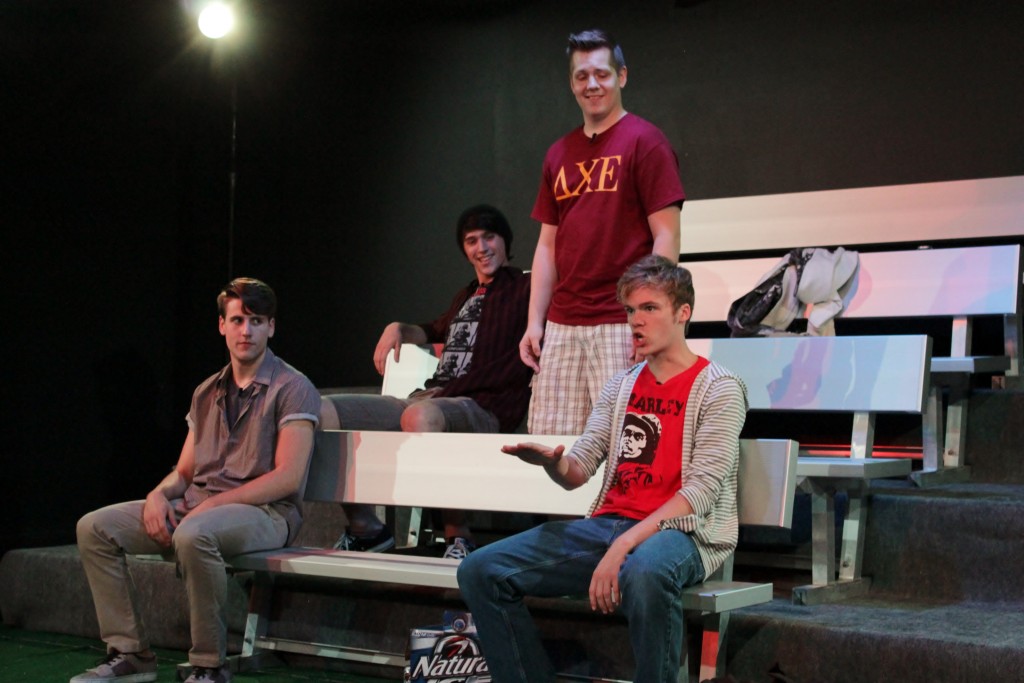 There is a generation of theatrical composers who have now been raised on the sounds of “Rent.” And not unlike those young playwrights who have for years been trying to emulate David Mamet’s rapid-fire emulation of real speech, these composers create musicals that pale in comparison to the works that they seek to be like.

Refuge Theatre Project’s current offering, “Glory Days,” is a piece whose melodies (or lack thereof) are reminiscent of the style that came out in the late nineties. It’s repetitive, percussive, with limited harmonies; characters overlap lines on the same note, all the voice parts are tenors, and the contemporary speech patterns create occasionally clever lyrics, but tend to flounder about in the realm of awkwardness.

Refuge Theatre Project claims to be attempting to bring non-theater fans into the theater by producing musicals that appeal to the hipster set from Wicker Park. If they are successful in picking shows that appeal to their target audience, then I have learned one thing: that crowd apparently likes stories which revolve around young people who need a good talking to about what it is to be an adult.

The plot of “Glory Days” proceeds through one evening when four nineteen-year-old friends gather at the football field of their former high school to play a prank on the fellow alums. Why are they doing this? To get back at the jocks who made them feel less-than a few years earlier. Much of what transpires doesn’t really have anything to do with the prank, but with the reunion of four friends who have grown apart in the year since graduation.

Director Matt Dominguez does what he can to bring this script to life in a way that focuses on the importance of the ties between the characters. He succeeds in lifting the show above its limitations in that regard. The interactions between the four actors seem real enough that we can believe that they are really college kids. Now, if only the material were good enough that we could believe it is worth paying to watch. (Christopher Kidder-Mostrom)