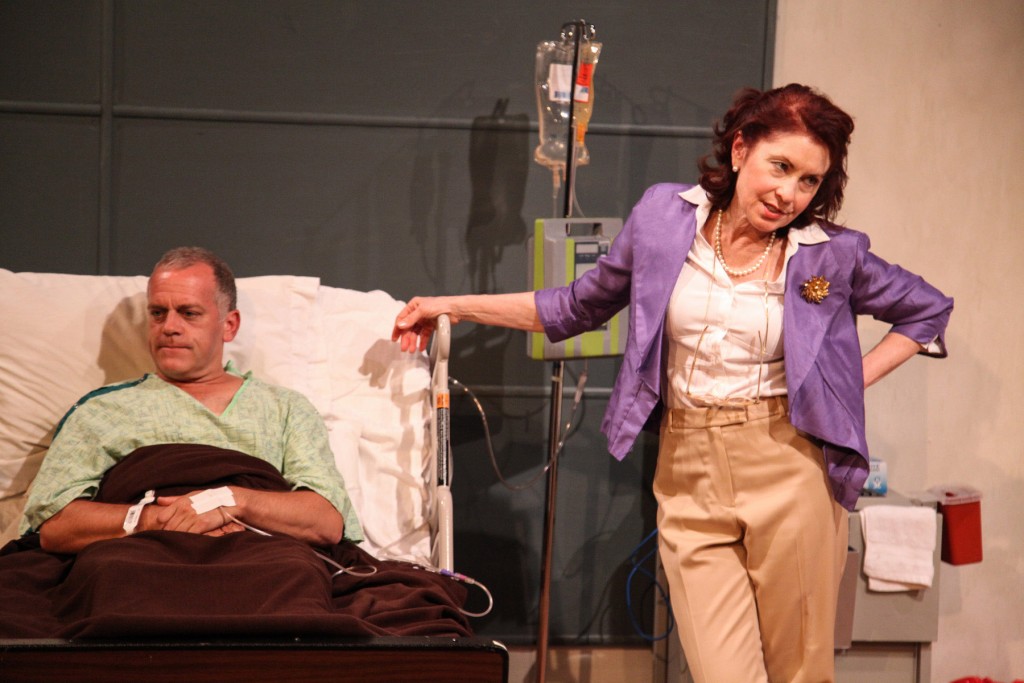 Nicky Silver’s scripts are always a little bit absurd, focused on the dynamics of close personal relationships and absolutely brilliant. Over the past couple of years, AstonRep Theatre Company has consistently chosen scripts that are really well written. They have also consistently struggled to cast the shows well, or to match the scripts’ quality in their production values.

In both the play’s structure and its presentation this is a tale of two very different acts. Within the play’s text, the story’s first act is about Ben (Scott Olson), a man who is dying, and his wife’s (Susan Fay) harsh and seemingly unreasonable reaction to the situation that surrounds her. Act Two features Matthew Harris as Curtis, the son of the couple who makes up most of the first act. He struggles with loneliness and the destruction of his family.

In this production, the first act suffers from a case of actors who don’t inhabit a common world. Both Olson and Fay recite most of their lines past each other, without investment or even inflection (outside of shouting). And while Harris and Aja Wiltshire (as sister Lisa) enter the action briefly in this act, they are hamstrung by the efforts of their onstage companions.

Once Ben dies, the production hits its stride. Curtis meets the man whom he’s been stalking, and is beaten severely by his imaginary lover. Lisa gets a new AA sponsor after falling off the wagon. Lisa’s mother (Fay) secretly has an affair with the newly acquired sponsor. Things get moving, and they get vicious; Nicky Silver at his best.

All of this takes place upon the same set, which for the most part is a hospital room, although it briefly doubles as an AA meeting room, and an apartment that Curtis visits with his realtor. The design functions well enough, but the structure itself appears to have been built by first-time scene-shop students. Sadly, one nitpicks the set when the acting in front of it is inconsistent at best. (Christopher Kidder-Mostrom)