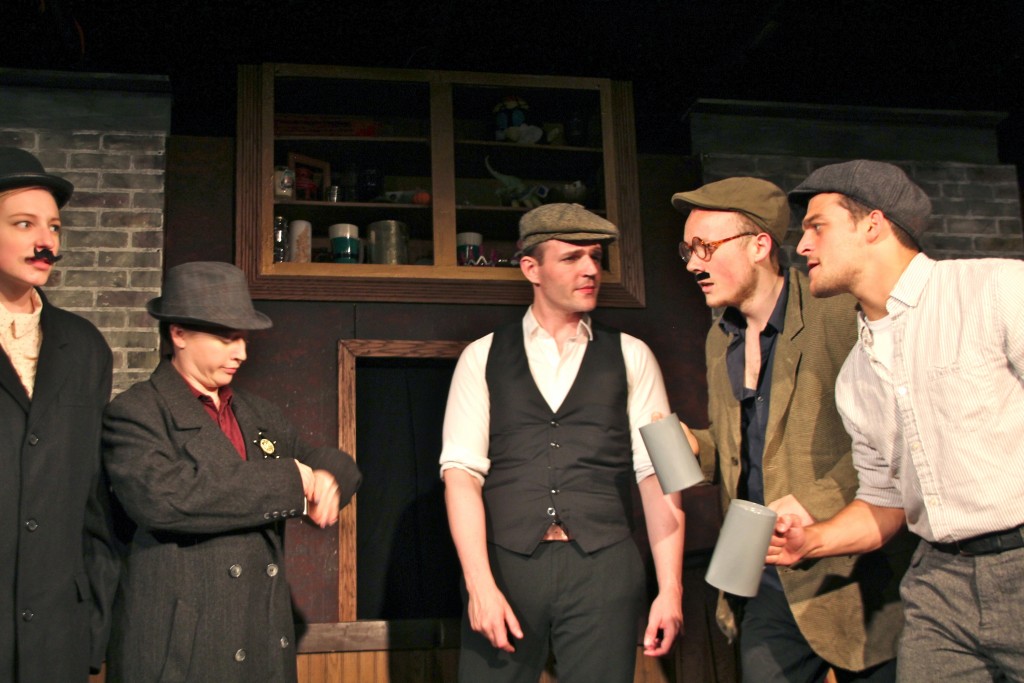 Chicagoans love their booze. “The History of Alcohol in Chicago: A Drinker’s Guide” explores the days when gangsters ruled, prohibition was law, and the ways people still found to get themselves rather inebriated in spite of it all.

Similar to other shows at The Public House Theatre, the audience is expected to participate in a drinking game or two. The use of a projector and a screen works well for this, especially in games like “Drink or Quote.” In this game, an audience member guesses which character might have said the quote shown on the screen. If they answer correctly, members of the opposite sex in the audience take a swig. If they are wrong, they and the members of their gender drink up. For the record, consuming alcohol (or any drink for that matter) is not mandatory.

The show is cleverly written and directed by Andrew Thorp. The history that’s presented proves to be educational and entertaining–even without downing one of the historically themed cocktails on the bar’s menu, like a non-alcoholic beverage named for Frances Willard (played by the hilarious Lee Brophy). Willard was a suffragist, educator and temperance reformer. Though she’s portrayed as a somewhat comedic character, she did a lot of good–including fighting for the eight-hour workday. As narrators, Shannon Lynch and Kevin Costello help move the story along nicely. Nathan Lustig is comedic as the infamous Al Capone and chemist and master brewer Dr. John Ewald Siebel, founder of what’s now known as the Siebel Institute of Technology. Bailey Hayman rounds out the cast as Mary Pickford and Mayor Levi Boone, whose resolve to enforce an ordinance that would close bars on Sundays fueled the Lager Beer Riot in 1855.

With a run time of about an hour, “The History of Alcohol in Chicago” is definitely an abridged lesson. And along with all its facts and history it’s also quite fun. (Mary Kroeck)