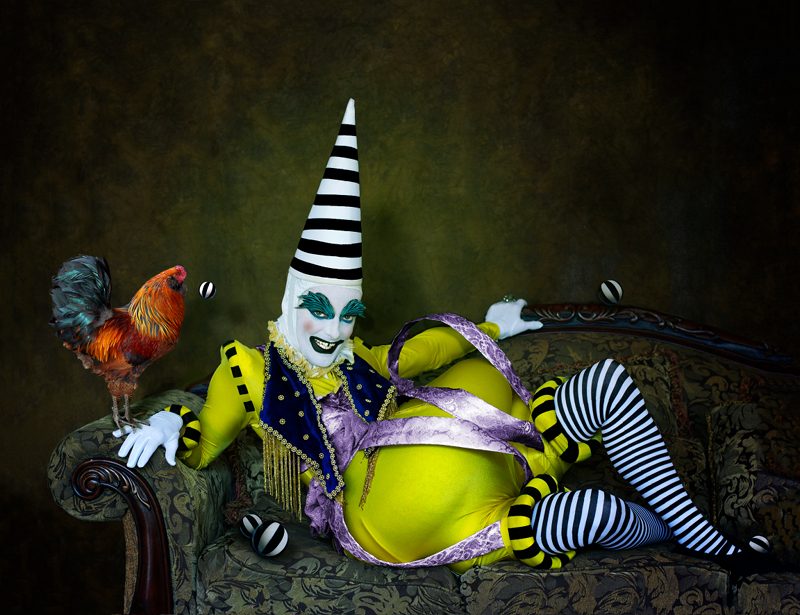 You know what they say: Every time a mime speaks a Dickensian orphan gets sucked into a jet turbine and blasted out the other side as just a scream. However, it is that cozy time of year when the hopes and dreams of summer die and we artists start making people go into weird rooms and watch us do and say things. Not every show can be the immersive interactive ever-changing theatrical wonderland tour-de-force that my show is. Newcity theater editor Zach Freeman has provided a fine fall stage preview. However, I feel I can offer a few tips—or rather “things”—to do to spice things up on a chilly fall evening at the theater (elaborate hand gesture).

If you don’t want to do my “things” I can understand. All you have to do is something that is even better. So long as you do something. Because, something must be done. Otherwise you would do nothing. Except maybe drink a box of wine, poke that old bag of mulch laying in bed next to you, and call it a night. (Honeybuns) 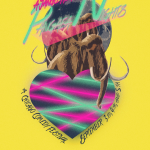 A Jangleheart Circus
Start the fall season off right with this three-day comedy festival, including appearances from Sand, Conner O’Malley, Amazing: A ClickHole Show, Tim Baltz and the Neo-Futurists. Begins September 3 at iO, The Annoyance and CIC.
Honeybuns: Wear a ComedySportz San Jose t-shirt and go “tch” after every joke. 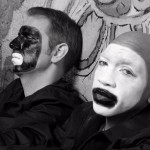 The Defiant Thomas Brothers
A decade ago this sketch comedy duo was on the brink of blowing up, but then split in 2006. Now they return to an “even more politically correct world.” Begins September 4 at Donny’s Skybox. (Update: The first show has been moved to September 5 at Stage 773)
Honeybuns: The last time I was in Donny’s Skybox was 2004. So bring a machete because I can only assume that nature has taken back the theater by now. 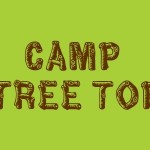 Camp Tree Top With the Netflix-backed reawakening of “Wet Hot American Summer,” this original comedy show may be timely. It also features a killer stalking them from the woods, so it may be awesome. Begins September 4 at Under The Gun Theater.
Honeybuns: This is a trenchcoat with nothing underneath situation. 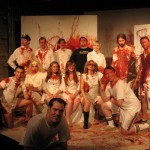 Splatter Theatre
A long-running Halloween favorite (and actually The Annoyance’s first show) that takes slasher parody to new heights with buckets of red blood covering a pristine white stage. Begins September 5 at The Annoyance Theatre.
Honeybuns: Wear a white t-shirt and sit in the front row. At show’s end you’ll have a free tie “die.”

The Theater Crossover
A friendly competition among Chicago’s comedy theaters that includes Annoyance, iO, the Playground and MCL. Begins September 10 at ComedySportz.
Honeybuns: Go to these shows wearing a Second City sweatshirt and a gold medal around your neck. 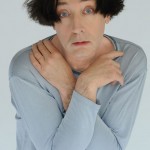 Emo Philips
The comedian from Downers Grove (who, among a lengthy list of accolades, had a memorable role in Weird Al’s “UHF”) brings his unique voice back to the Midwest. Begins September 17 at Zanies.

401Kill Yourself
A sketch show about the moral and emotional toll that needing to work has on people. So serious a concept that it must be hilarious. Begins September 17 at The Playground.
Honeybuns: This theater is BYOB. So don’t forget to Bring Your Outcast Brother. 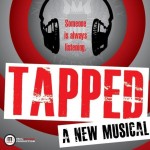 Tapped
Love and the NSA—this musical love story follows an NSA agent as she falls for the whistleblower she’s been tasked with spying on. Begins September 19 at MCL Chicago.
Honeybuns: Wear an earpiece and every time the audience laughs speak gently into your watch. 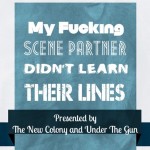 My Fucking Scene Partner Didn’t Learn Their Lines
This clever concept show teams up actors from The New Colony with improvisers from Under The Gun. The actors can’t go off book and the improvisers have never read the script. Begins September 20 at Under The Gun Theater.
Honeybuns: Watch the theater and comedy communities come together and open up a whole new world of potential sex partners. 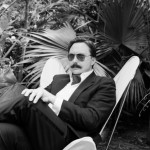 Vacationland
“Daily Show” contributor, best-selling author and podcast host John Hodgman presents his “one-human” live show consisting of all-new material with his own brand of humorously intellectual condescension. One night only on September 24 at Thalia Hall.
Honeybuns: Go naked with just a zipper glued down the length of your body. 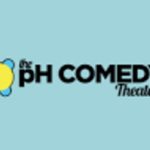 Mark & Brandon Kill Demons
Titular buddies Mark & Brandon band together to battle the titular demons, test their friendship and maybe find love. Begins September 25 at The pH Comedy Theater.
Honeybuns: Pretend to be an exorcist and then act concerned that people are laughing during this comedy.

Godfrey
The Chicago native known for a string of movie roles and ad campaigns as well as a special for Comedy Central comes home to tape a one-hour special. One night only on September 26 at UP Comedy Club.

3033 Finale Shows
The entire cast of veteran supergroup 3033 reunites for two final shows to close their chapter in iO history. One night only on September 27 at iO Mission Theater.
Honeybuns: An audience member peeing their pants is considered a good thing at a comedy show. Hydrate well, wait until about mid show, relax and give these performers what they want. 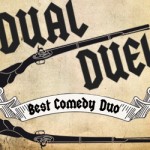 Dual Duel
This ninety-minute show features a competition between two-person improvisation teams that perform in ten-minute slots followed by audience voting and a headlining show afterwards. All of it culminates in a final show where the ultimate winners get $200. Begins September 23 at ComedySportz.
Honeybuns: Competition is so good for comedy and comedians handle it well. Don’t hesitate to wear a large foam We’re Number One glove. 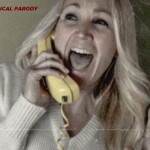 Babysitter Massacre: ‘78: The Musical
From the minds of a slew of popular musical parodies comes this world-premiere take on horror movies and tropes. Begins October 1 at The Public House Theatre.
Honeybuns: Find an actor after the show, shake their hand and say “I can’t believe you did that all in reverse.”

The Salmagundi
A weekly rotating challenge taken on by a weekly rotating set of ComedySportz House Teams. Begins October 1 at ComedySportz.
Honeybuns: Wear a shirt that says Big Time Hollywood Agent, then halfway through the show stand up and leave. 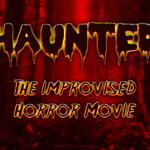 Haunted: The Improvised Horror Movie
Directed by Kevin Mullaney, as long as this horror improv show doesn’t turn into weekly “Scary Movie” it could be a new Halloween hit. Begins October 2 at Under The Gun Theater.
Honeybuns: Get a white sheet with two holes for eyes and wait patiently to walk into a scene.

Schlocktoberfest! A Killer Komedy Show
EEK! Theatre Company presents stand-up comedy by Jarrell Barnes with a burlesque performance by Peaches N. Cream in this one night of Halloween comedy. One night only on October 3 at Gorilla Tango.
Honeybuns: Bring a butterfly net and try to snag any loose pasties that go flying off. 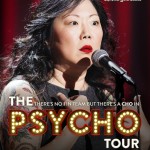 Margaret Cho (The psyCHO Tour)
The comedy legend is breaking out a new set about insanity and her anger at “everything happening in the world right now.” One night only on October 3 at The Chicago Theatre.
Honeybuns: How much popcorn can you put in the hair of the person in front of you before they notice? Maybe a lot.

Dave Attell
Most recently appearing in Amy Schumer’s hit “Trainwreck,” Dave Attell has hosted his own show, appeared across the late-night circuit and was named one of the 25 Funniest People in America by Entertainment Weekly. Begins October 8 at UP Comedy Club.
Honeybuns: This is a good opportunity to test your skills as an amateur sign-language interpreter. Don’t know American Sign Language? Just make weiner-finger-go-into-butt hand and that’ll cover most of his material.

Lewis Black (The Rant is Due: Part Deux)
The comedian so known for his angry rants that his casting as the voice of Anger in Pixar’s “Inside Out” seemed impossibly perfect brings a second round of the tour where he takes rant suggestions from the audience. One night only on October 10 at The Chicago Theatre.
Honeybuns: When he’s taking rant suggestions offer “Old guys that get all worked up until they are dangerously close to having an aneurysm.”

Tribulation
A musical about the rapture featuring a pot-smoking Jesus and a trio of life-insurance agents dealing with post-apocalyptic ennui. Begins October 18 at iO Mission Theater.
Honeybuns: Your best Austin Powers impersonation will blend in nicely here.

The ABCs of Sketch
A sketch show based on the horror anthology “The ABCs of Death” in which twenty-six writers are assigned a letter of the alphabet and will pen a new sketch every week, with all twenty-six being performed in alphabetical order. Begins October 21 at iO Chris Farley Cabaret.

Sam and Mickey Are Friends IV
Sam Radom and Mickey Bravo bring this fourth installation of their show, filled with comedy, dance and puppets. Begins October 24 at Gorilla Tango.
Honeybuns: Join in the show by taking your socks off and making your own puppets named Grabby and Fister. 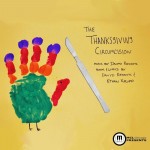 The Thanksgiving Circumcision
A couple discovers that their new son’s bris is scheduled for Thanksgiving. Who cares what ensues, it’s a holiday show with a twisted new angle! Begins November 6 at MCL Chicago.
Honeybuns: Ask the house manager if they have any extra foreskins left over from the matinee.

UTG Pub-trivia
The Under The Gun ensemble takes on pub trivia in a new interactive way. We’re assuming improv is involved. And prizes. Begins November 6 at Under The Gun Theater.

Pennies vs Apples
Remember all the cool gizmos Inspector Gadget used? Well, Apple stole them and now a grown-up Penny is suing them for copyright infringement. Begins November 7 at Gorilla Tango.
Honeybuns: Buy two tickets and sit with your butt cheeks splayed between two seats just because you can.

Kyle Kinane
Chicagoan Kinane headlines the UP Comedy Club for the fourth time. With specials and a ton of comedy voice work under his belt, you’re probably already familiar with his work. Now see it in person. Begins November 19 at UP Comedy Club.
Honeybuns: Everyone knows that stand-up comedians are emotionally stable and just fine without the constant affirmation of laughter. Instead of laughing after every joke simply say “funny” or “very funny, sir” with no affectation. 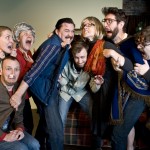 The Second City’s 104th Revue
As of this printing the title is unknown, but Chelsea Devantez, Paul Jurewicz and Daniel Strauss are returning and will be joined by Rashawn Nadine Scott from the hit e.t.c revue “Soul Brother, Where Art Thou?” Begins in November at Second City Main Stage.
Honeybuns: Sit facing the other direction and observe the strange and unusual things that people from the suburbs laugh at.