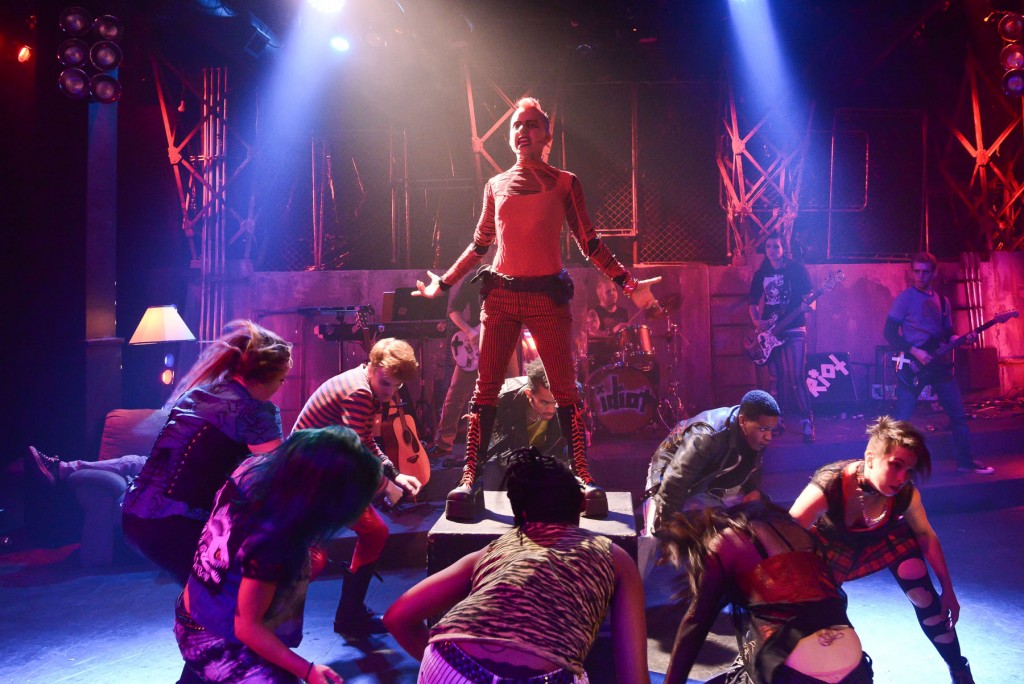 Green Day’s “American Idiot” sounds like someone took a real work of art, hammered and sanded it into an orb of commodified meaninglessness, cooked it up under the flame of unquenchable corporate greed and shot it straight into the arm of a generation of angst-ridden teenagers starving for some—or any—kind of validity for their hormonal rage. It is a pop-culture object for which I not only feel zero affection but actual repulsion. But I would be more full of shit than a mid-2000s middle school Live Journal if I said I did not enjoy every second of this not-quite Midwest premiere of the musical that bears its name, which is currently being staged by the incomparable ensemble known as The Hypocrites.

While no one would argue that “Quadrophenia” wasn’t frequently indulgent, even The Who didn’t have the same assets that The Hypocrites have with musical direction from Andra Velis Simon and choreography by Katie Spelman. Working in inspired collaboration along with director and Hypocrites lifer Steven Wilson, as well as a cadre of hardworking technicians, these two in particular successfully draw attention away from the utter inanity of this millennial rock opera. Additionally, there is a bounty of fresh young talent on stage accompanied by seasoned vets, including Neo-Futurist Malic White as the sinister St. Jimmy.

Putting aside the hysterically incomprehensible plot, the cringe-inducing clichés and the claim that these songs are somehow the salve for the internal wounds of post-9/11 America, an idea that would be offensive were it not so laughably baseless, this particular version of “American Idiot” is a work of endurance, timing, commitment, passion and insuppressible talent. And while this combination of elements can be found elsewhere in our city, nowhere are they found more consistently than with The Hypocrites, who with each new production, continue to rise not just to the rank of one of our city’s best storefronts but one of Chicago’s best theaters period. So don’t be an idiot: get to this show as quickly as your Converse High Tops can carry you. (Kevin Greene)